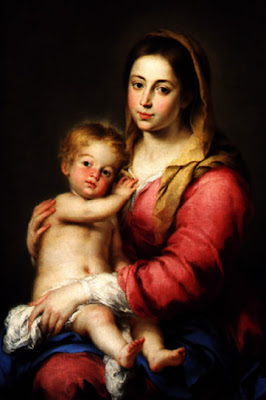 The Rosary in Sacred Song

A Meditational Concert on the Life, Passion and Resurrection of Jesus Christ


In a unique artistic and meditative experience, the beloved Christian prayer, the Holy Rosary, is united with a selection of classic works of sacred song literature. Imagine the familiar structure of the Rosary, moving through the Gospels, accompanied and enlightened by the music of Mozart, Brahms Puccini, Bach, Copland, Britten and others, in an evening of dramatic song by critically acclaimed mezzo-soprano Valerie Nicolosi, accompanied by a world-class pianist.

The Rosary In Song invites the audience to become a community of prayerful witnesses journeying together through Jesus’ Incarnation, Passion and Resurrection, through the beauty of musical meditation. The Rosary in Song includes Scriptural settings for each mystery, followed by a song which reflects the Biblical story or the spiritual fruit of the Mystery. There is an intermission halfway through. 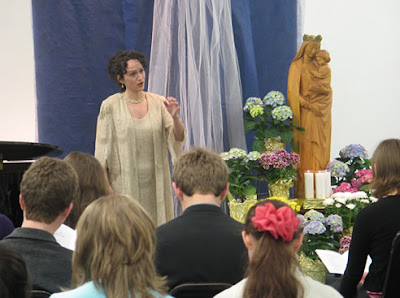 Hailed as a vivacious and outstanding performer, mezzo-soprano Valerie Nicolosi received her Bachelor’s in Vocal Performance from the Eastman School of Music in Rochester, NY and her Master's in Vocal Performance from the University of Tennessee in Knoxville, TN. She participated in a variety opera apprenticeship and residency programs including Virginia Opera, Nevada Opera, Portland Opera Repertory Theater, and a nine-month residency with the International Opera Centrum in Amsterdam, The Netherlands.

In September 2002, Miss Nicolosi debuted in the title role of Rossini’s La Cenerentola with Opera Providence. Since then she has enjoyed a rising dynamic performing career around the country. In the Fall of 2006 she sang the title role in Gustave Holst's three-man opera Savitri with Lexingon Symphony under the baton of Jonathon Mcphee. In February 2007 she appeared as a soloist in the Boston Ballet's production of Mendelssohn's Midsummer Night's Dream. Other opera roles performed include Dorabella in Cosi Fan Tutte Cherubino in Le Nozze Di Figaro, Zerlina in Don Giovanni, Rosina in Barber of Seville, Hansel in Hansel & Gretel, Hermia & Oberon in Midsummer Night’s Dream, Olga in Eugene Onegin, Cupid in Orpheus and the Underworld and Suzuki in Madame Butterfly among others.

Or check out the Human arts series website at:
http://www.assumption.edu/dept/humanarts/artists.html
Posted by WGA Member at 8:18 AM