Sheep Without a Shepherd

There was a powerful reaction last night to my presentation at a local parish on the liturgy and beauty. At a certain point, I felt like I was living that scene in the Old Testament when the people are stung to the heart and cry out to the prophet, "What must we do?!" That was how the people were last night. There were several people who were almost crying out, "How can we fix this? Where do we start?" It occurred to me that one of the ironies of the post-Conciliar Church is that even amidst the relentless call for full participation, our laity have never felt so completely helpless in the face of the entrenched attitudes in the parish and diocesan bureaucracies.
Posted by WGA Member at 7:59 AM 2 comments:

[This is the introduction of the book on which I am working in between everything else....]

We were raised by adage.  My mother and father came from a generation that saw itself as connected to the ones that had come before.  They had none of the modern kneejerk reaction against the argument from authority.  Pithy wisdom had been handed down to them and they handed it down to their four daughters.

Sometimes the adages were simply an assent to some common truth that long ago had become a cliché. Clichés.  But, Mom even had an adage about clichés, namely, “Things get to be a cliché because they tend to be stubbornly true.”

My sisters and I used to make fun of the parental adages.  We used to fall on the floor laughing as we would act out Mom running through her, “Five Reasons Not to Get Married” talk.  (When the four of our took our time getting married well into our thirties, Mom noted with chagrin that she should have given us, “Five Reasons to Get Married” adages.)  Even as we laughed, the parental adages were a bonding thing among us as sisters.  It gave us a shared sense of knowing from whence we came.

Once, in my mid-thirties, I was out shopping with Doris, an elderly woman from my apartment complex.  I had offered to be her companion when she needed to go out as she was unsteady on her feet and, like so many elderly, nervous in crowds of people.  Having me beside her made her feel safe.  I was there basically because as Mom’s adage goes, “It’s very nice to be needed.”

Doris was picking through red delicious apples in between sharing reminiscences of her years working at the old Fox Studios.  She looked up suddenly, “You are very well bred, Barbara.”

My parents’ adages basically came down to formulas of good breeding.  They gave us all a confidence about stepping out and taking on the world because we had our inner store of truths assuring us that everything that might happen has already happened before.   Coming from a French family, Mom called it savoir faire, which literally means, “knowing what to do.”

My sense of so many of my students today is that they are ill-bred in this sense.  Nobody seems to have shared adages with them and the weird convictions they hold often have been cobbled together from somebody’s tattoo or a passing T-shirt.  It’s a terribly unstable way to live.

I think that the Boomers didn’t raise their kids with adages because that generation was famously intent on not trusting anyone over thirty.  That’s fine, except that only leaves you with wisdom from a stoned Woodstock refugee to live by.  And Woodstock was a very ridiculous and slimy thing.  I’ve seen the documentary.  Most of the music wasn’t even that good.

Bad breeding means you either don’t know what to do or how to do what you know you ought to do.  It’s a crippling thing that I often see passing like a shadow over my undergrad’s faces.  “Should I step up or stay in my seat?”  “Should I laugh or sneer?”  “Should I trust you or fight you?”  “Should I be as hurt as I feel or should I get some therapy?”

What we have is a couple of unmoored generations, flitting about in the sea of modern chaos, unable to help themselves, and unable to pass on to their own children some words of authority about how to live.

It needs to be noted that heeding adages doesn’t mean that a person surrenders their reasoning faculty.  As my father, the Naval historian, said to us many times, “A principle applies when it applies, and it doesn’t apply when it doesn’t apply.”  Admirals and generals are the ones who know the difference.

I have had many assistants over the years, and it quickly struck me that the primary virtue of a good assistant was in knowing the exception to the rule.  You can’t really teach someone that.

Adages don’t replace the need to think, but they help a person to identify and heed patterns in life.  Experience is the certainty that comes from being able to say, “I have seen this before.”  Adages are valuable as other people’s experience.  In this case, the experience whom I loved and trusted and who I knew had my best interests at heart.

This book is me sharing what I received from my father born in 1930, and my mother born in 1939.  It’s good stuff, and the older I get, the better it gets.  I share it for my students and their generation.  And for my parents, so they can know we heard.

“If you want your friendships to last, never talk to your friends about who they marry and how they raise their children.”

“There’s no innate virtue in poverty.”

“In a family, someone has to be the one to make the peace.”

“Family is the place that when you have to go, they have to take you in.”

“If you want to know how a man is going to treat you, see how he treats his mother.”

“People wait to get married until one day they look around and whoever is standing there, that’s the one they take.”

The Arrogance of the Banal

So, after three weeks of no Easter songs being sung at our Church on Sunday, and an extreme level of horribleness in the banal songs that were being sung, I finally had to say something, so I went up to our, um, fabulous, non-Catholic music ministry guy who never studied music but came to us from the world of local musical theater, after Mass...
Barb: May I make a request?
Jazz Hands Guy: Um, sure.
Barb: Could we please sing some Easter songs during the Easter season?
Jazz Hands Guy: These are Easter songs! Everything we used this morning was Easter songs.
[Note from Barb: The opening hymn was "Come to the Table of Plenty" then there was "Shelter Me O God" and "Come and Drink" and something else equally non-seasonal]
Barb: Um, No. There are about 25 hymns in the hymnal for Easter --
Jazz Hands Guy: I get everthing from the Archdiocesan guidelines, so if you have a problem you should call the Pope!
Barb: Also, a recent Vatican guideline stipulated that we should not use songs at the liturgy in which the people take on the voice of God.
Jazz Hands Guy: What are you some kind of expert?!
Barb: Yes, actually.
Jazz Hands Guy: (sneering tone) You are? Well, you need to tell the Archdiocese then because --
Barb: I'm telling you. But I guess I should just speak to the pastor.
Jazz Hands Guy: (banging away on the piano with a sneer) Good luck!
Posted by WGA Member at 10:37 AM 2 comments:

It's been about eight months in the writing although probably forty years in the brooding.  Stay tuned for more updates.... 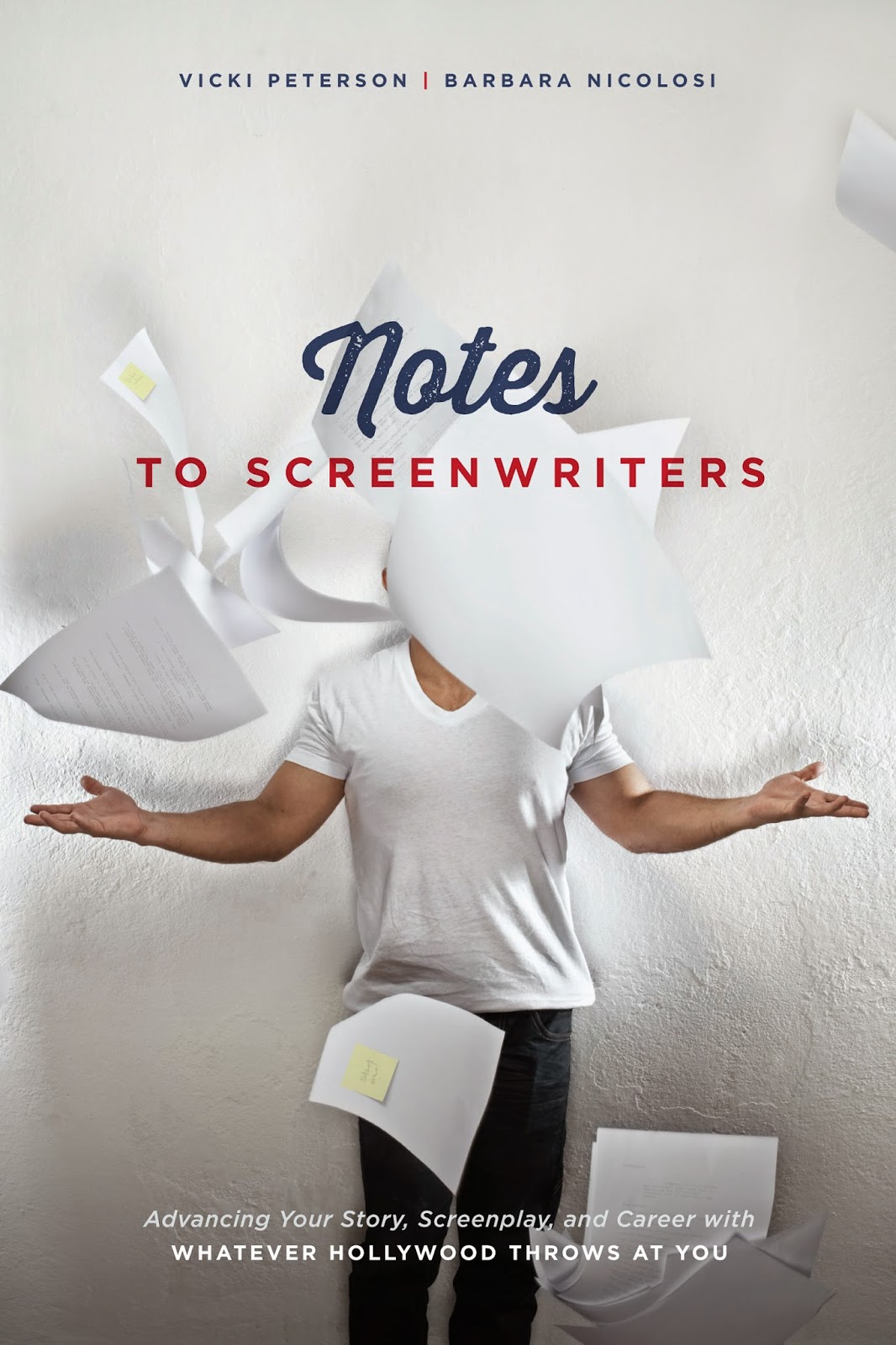 Posted by WGA Member at 6:52 AM No comments: