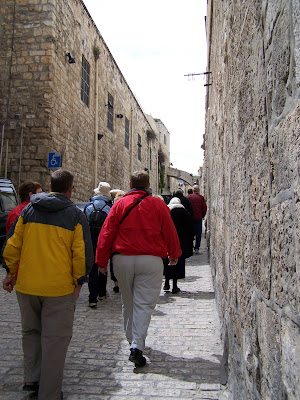 We interrupt this tour through Galilee in honor of Good Friday. Here are some images of the Way of the Cross.

Somebody once quoted me something from one of the mystics, "Christ will be suffering until the end of the world." Walking through the banality of the place where Jesus carried his cross, this citation kept coming to my mind. 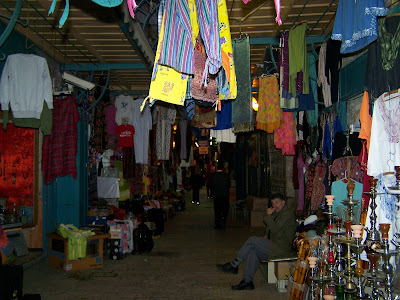 Here are my friends Rob and Matt posing right mear the plaque marking the 8th Station. 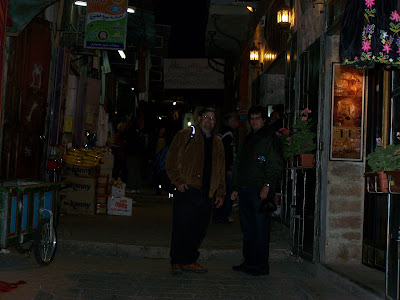 Just one more address on any old street anywhere... 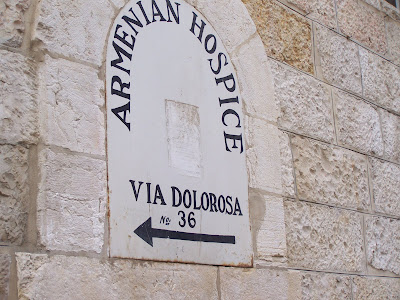 This is one of the three remaining arches from the Fortress Antonia. There is one arch outside, and then this church was built around the two arches inside. It was here that Pilate cast judgment on Jesus. "Then Pilate said unto him, 'Do you hear how many things they are witnessing against you?'" (Mt. 27:13) 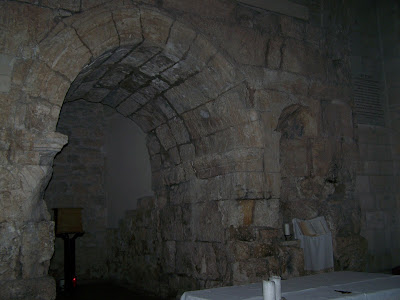 Here is a broader shot of the chapel.

Here is Rob in front of the outside arch which really marks the beginning of the Via Dolorosa. 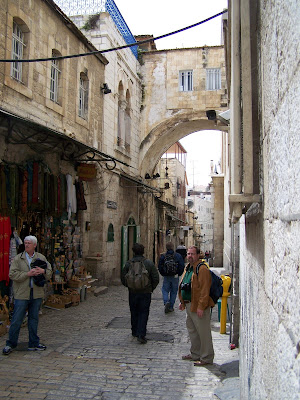 Downstairs from the condemnation chapel they have excavated down to the first century floors. On the floors are markings where Roman soldiers had carved circles and shapes for dice games. It was probably here that Jesus was mocked and where the cross was placed on his shoulders. 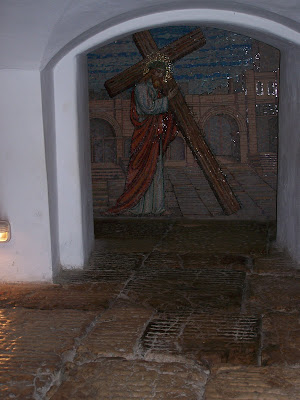 Adjacent to the Fortress Antonia remains is another chapel, this one commemorating the flagellation of Jesus. (sorry, it was dark inside.) 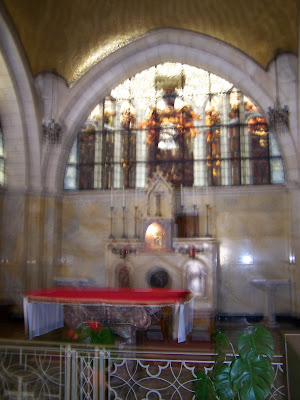 Over the doors of the Chapel of the Flagellation... 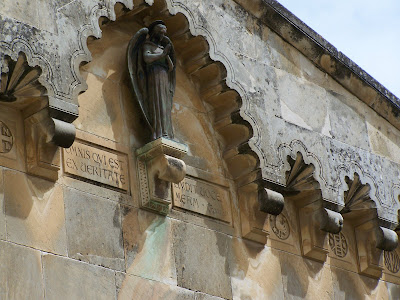 This pillar is in the courtyard.

They do have a few chapels built into the walls along the Via Dolorosa. They are tiny little places of reflection usually just a few paces from a vendor selling tacky t-shirts and lamb kebobs. Here are some of the nicer ones at the third and fourth stations. 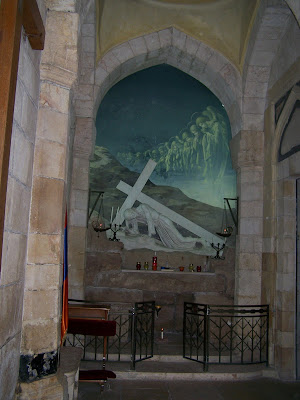 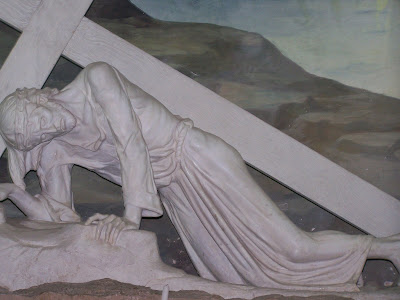 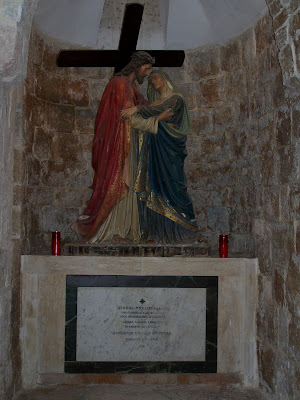