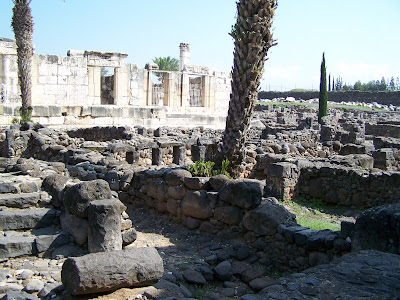 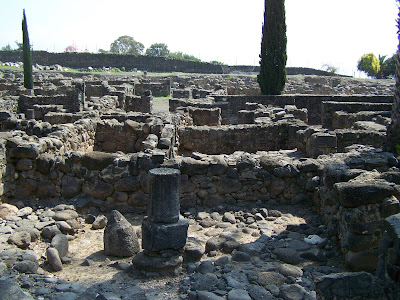 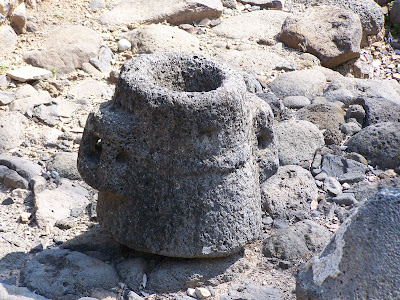 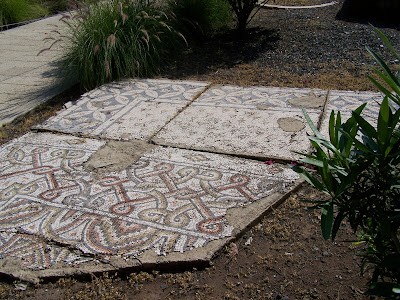 Capernaum stands out as one of those wonderful places in the Holy Land in terms of its archeological rigor but also for its attention on the holiness of the site. As with most of the best maintained spots in the Holy Land, Capernaum is overseen by the Franciscans. Next time the Franciscans come asking for money for their Holy Land places, open your wallet. I have been repeatedly grateful to the quiet friars who are hovering around in the background praying and brooding over the streams of pilgrims.

They aren't afraid to be firm... 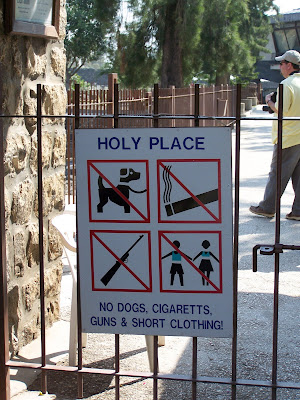 St. Peter looms largely over the whole experience of visiting the Sea of Galilee region. When you look out on the Sea, you keep thinking of Peter fishing there...of him being called with his brother Andrew.... of him walking on the water towards Jesus... and then of him being challenged, "Do you love me more than these?" 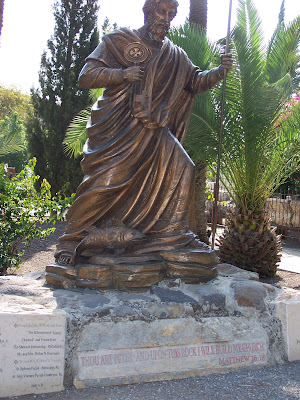 Peter's house is at Capernaum. "And when Jesus was come into Peter's house, he saw his wife's mother laid sick with a fever. And he touched her hand and the fever left her; and she arose and waited on them." (Mt. 8) 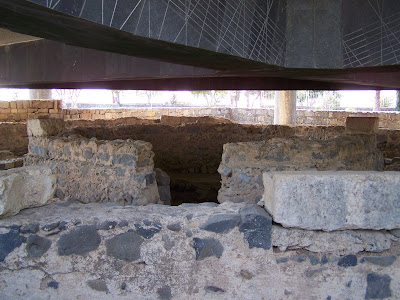 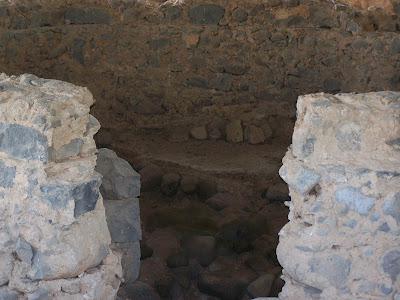 There have been several churches through the ages built over the site of Peter's house. Here is the latest one. 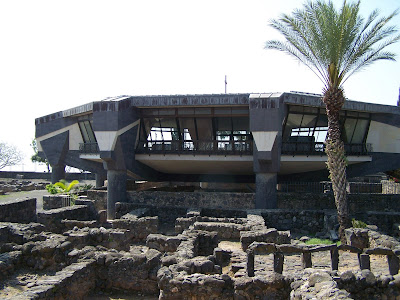 In front of the altar inside, they have kept the floor all glass so that it looks right down into the house. 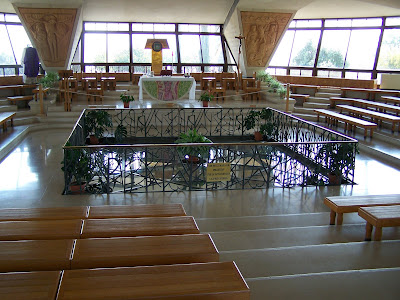 The day we were there, a large group of Korean pilgrims was in the church singing hymns. It was very touching because their faith resonated so strongly in their songs. No crappy "Gather Us In" from that bunch.

The Temple at Capernaum has been well-excavated. Of course, it figures largely in Jesus' preaching in the area. 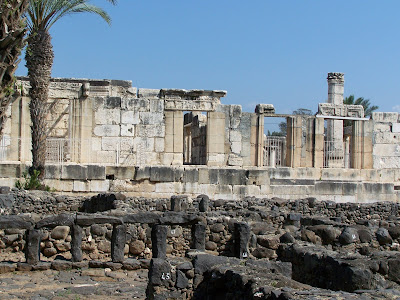 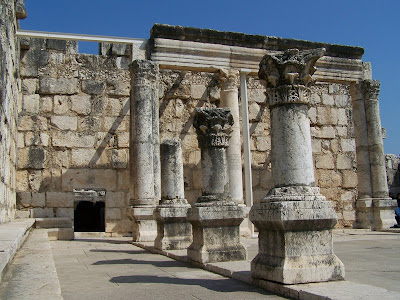 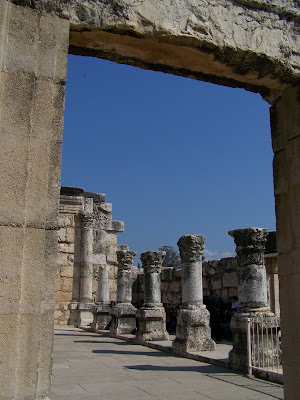 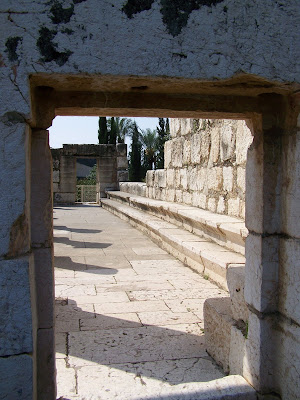