This is a lovely park close to the Dead Sea. It marks the spot where David hid from Saul, and cut off part of Saul's cloak while the King was otherwise distracted in one of the caves. The park has a series of pools that require climbing hundreds of stone steps, with each pool getting larger and more scenic. 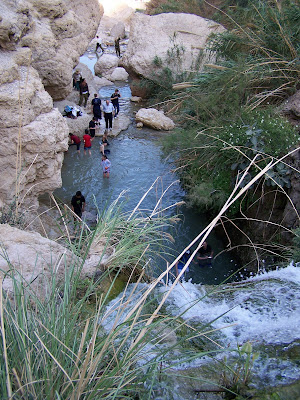 It ends at the nicest pool which is famous for David's Waterfall, shown here. 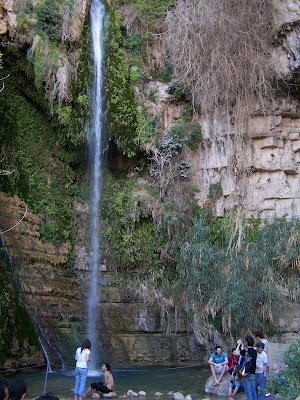 The day we were at En Gedi, half of the Israeli army was also there sightseeing. Apparently, all the young people in the army have to make a trek to all the important national sites, presumabely so that they will be willing to fight for them. Personally, I think we should reinstate the draft for young men in this country. Most of the undergrads I teach could use a little bit of discipline, respect for authority and dare I say, patriotism. 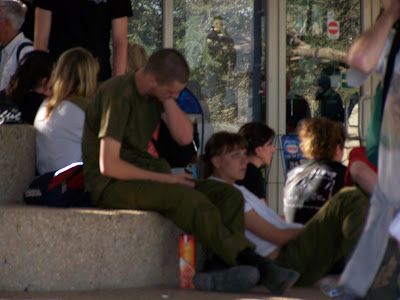 But I just couldn't get used to the site of petite nineteen year old girls in fatigues toting automatic weapons.