The Road to Jericho

This is the Judean Wilderness. As with everything in the Holy Land, I was surprised at how close it was to Jerusalem. We didn't even drive 30 minutes out of the city, and here we were. 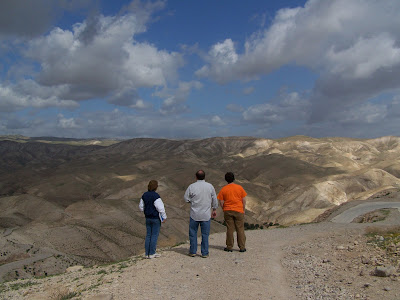 You can't really see it in the pictures, but somewhere in these shots is the old Jericho road. This road is where Jesus set the story of the Good Samaritan. And having seen it, you really can imagine a lone traveler being set upon by thieves. This would have been the road traveled by just about everybody going "up" to Jerusalem from Galilee. 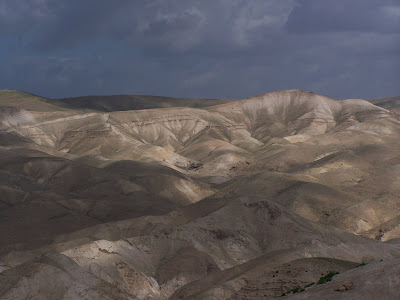 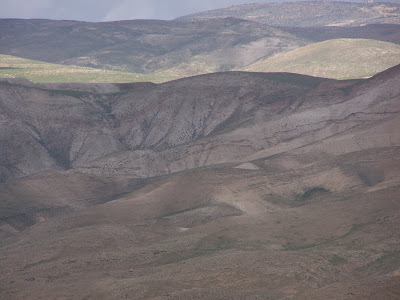 You can just barely see this really old monastery built on the original Jericho road. It is down in a cleft caused by thousands of years of water trickling by in some stray river way down there. My friends tell me that if you hike down there, the monks will give you tea and cookies.... To my mind, there are easier ways to get tea and cookies, but if you are really hungry... 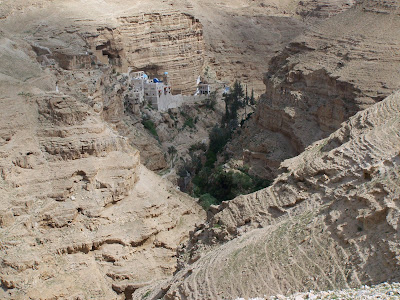 I couldn't bring myself to take any shots of Jericho. As with everything in the areas controlled by the Palestinian Authority, it was kind of a filthy slum. There was garbage everywhere, incomplete construction on every block, hoards of sullen looking arabs with nothing to do but glare at the tourists driving by, and lots of young men with cigarettes and Uzis. Pretty scary all in all.

But this guy sitting in the chair was the one bright spot in Jericho. He calls himself the King of Jericho. He is a businessman from New Jersey and his shop/restaurant is literally an oasis in the area. It is named "Temptation" because it is just beneath the mountain that traditionally has been the spot where Jesus was tempted in the desert. 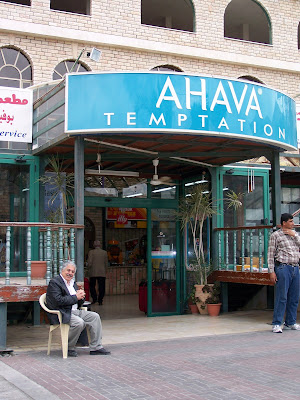