Mount of the Beatitudes

Back to photos from Galilee. This is a shot from the Church on the Mount of the Beatitudes looking toward the mountain pass through which Jesus would have walked to go from Nazareth to the Sea of Galilee region. I can't believe I somehow didn't manage to take any photos of the Church here. It is lovely. And are building a new and bigger retreat center on the property, so that will be very nice when it is done. They told me JPII stayed at this site when he visited the Holy Land. 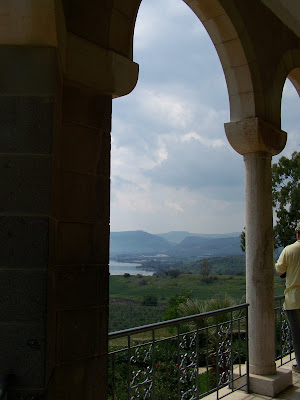 Here is a closer shot of the pass connecting the Nazareth region to the Sea. It would have been about a half day walk from Nazareth back then. We did it in a car in forty five minutes - about twenty minutes of which was taken up in being stuck in the horrible traffic in Nazareth. 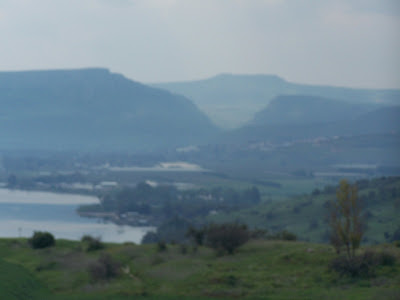 As lovely as the Church of the Beatitudes is, many archeologists think the actual site of the Sermon on the Mount was at a nearby location down the hill and off to the right from the Church (facing the Sea). We had lunch at this site, right near a monument that has been erected there. 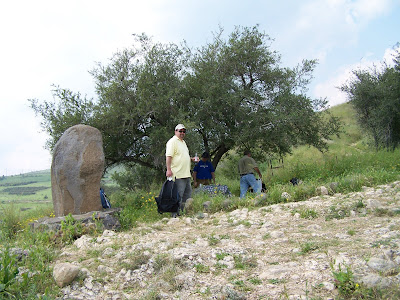 Here's the ever solicitous Gary setting up our lunch. 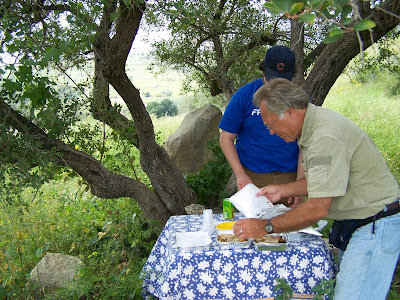 The reason archeologists like this site for the Sermon on the Mount is because it has a small plateau midway up a hill, and then the hills scoop up in front of the plateau forming a natural amphitheatre on the three sides. I have always wondered how the Sermon on the Mount could have worked - one man speaking to over 5,000 people - in an age before electronic sound systems. Well, we tested the sound carriage in this site and it really works.

These next shots would be Jesus' perspective looking up at the "5,000 men not counting women and children" who would be seated on these hills looking down at him with the Sea at his backdrop. This is the side that would be on Jesus' right... 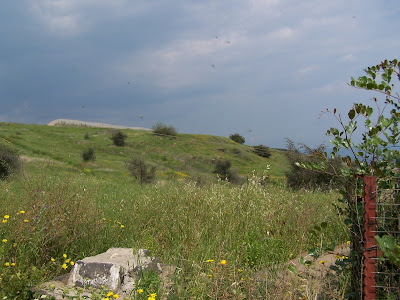 This is the middle in front of Jesus... 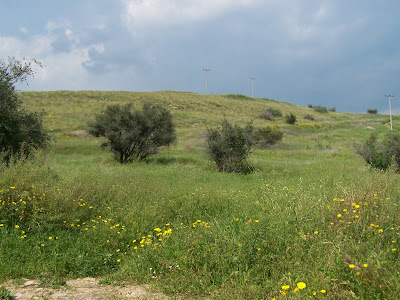 This is the left side. The perspective of how the hills rise in front of you standing here is lost in the photos because the area is so large. It is a gradual incline, that would absolutely have had plenty of room for thousands. 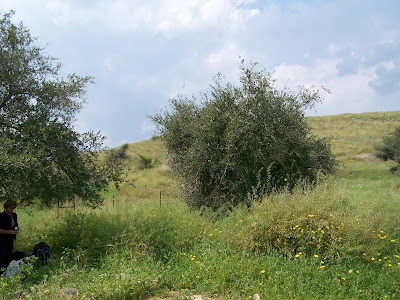 This would be where Jesus wouldbe standing with the Sea behind him. In the Gospel of Matthew, that it notes that after the Sermon, the crowd followed Jesus down to the Sea. It makes sense then, that he was in front of them. 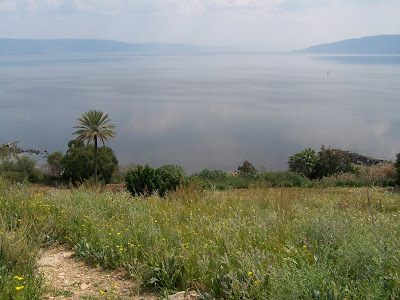 This is the coolest shot I think I took in Israel. There is a little white dot in the middle of this photo, which is actually my friend Rob. He walked up into the natural amphitheater and we kept proclaiming beatitudes towards him to see if he could hear us. We were just speaking in a clear speaking voice - not yelling but speaking the way you would to a group of people. Rob made three different stops on his trek up into the hills, and every time, he heard us perfectly. He would call back exactly what we had said. It was totally cool. 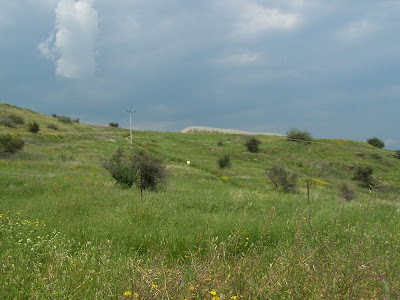 Great pictures! In May of '85 I had the opportunity to be at this site. Unfortunately I didn't get these photos, nor was I able to check out the acoustics. Thank you for jarring my memories.

Blessings and peace to you.