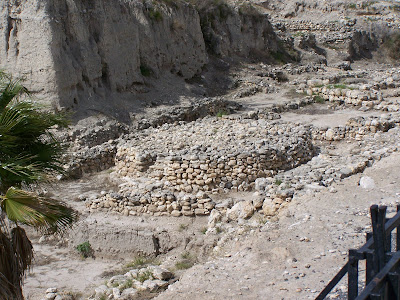 Really the only reason for which I supported George W. Bush for President paid off this morning. The Supreme Court made a first giant leap towards restoring fundamental constitutional liberties, by allowing the States to outlaw the practice of pulling everything but the nostrils of a full term infant out of its mother's womb (can't have the nostrils out, because if the thing breathes then "Shazam!" it's a U.S. citizen!), puncturing its head with scissors, and sucking out its brain so that its skull can be collapsed in an abortion.

It is a sad proof of the current level of crazed narcissistic frenzy as the norm in our country, that it has taken nearly a decade of debate to make this happen. (But wait! We can't talk about this now! We need to talk about why a 23 year old Virgina Tech student lost such respect for human life that he gunned down 30 of his fellow students!?!)

Killing one's own children is the age old sign of a society that has moved from worshipping the good God to worshipping the devil. The above is an ancient ruin from the city of Megiddo in Israel, of an altar used to sacrifice the babies of the town to Baal. Ostensibly, the offerings were made for really good reasons like having a better harvest and beating the hell out of the neighboring city.

Here's the glorious future Megiddo earned for itself by killing its children. 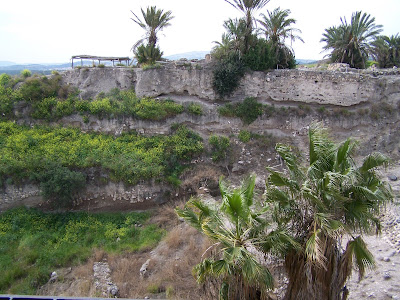 Weird but true fact about Megiddo. The place is literally crawling with really ugly, long, black centipedes. For some reason, the birds which are everywhere in Galilee, can't seem to make a dent in the crawling worms that own the site of some of the most notoriously evil pagan Kingdoms to ever put up tents in the Land God would eventually clear out and make Holy.

Here they are crawling around various places in the excavated city. 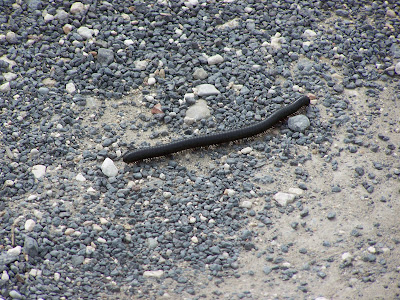 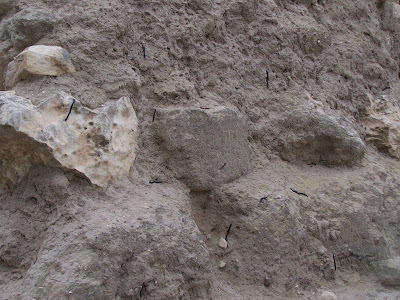 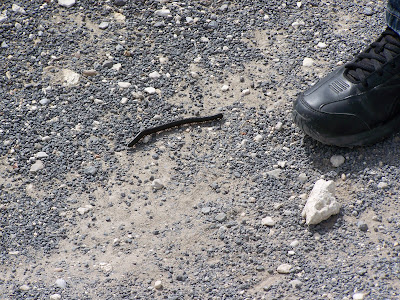 Here's a shot of the valley in which the final battle of Armageddon is supposed to be fought. According to our Evangelical guides at the spot. (There isn't a lot of metaphoric reach going on in their thinking. More on that in a later post.) In the background is Mt. Tabor, the site of the Transfiguration. Just to the left, and outside the frame here is the city of Nazareth. Again, weirdly providential that the Son of Man grew up in a hill country overlooking Armageddon. 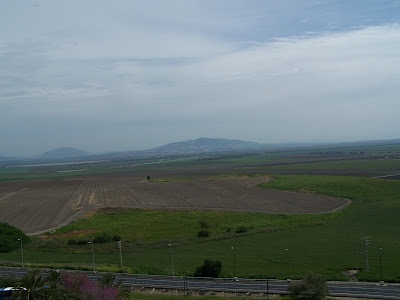 Ignorant single issue voters are screwing up this country.

not as much as name calling single issue commenters can screw up a blog.

I really don't think abortion is a "single issue." Look at the damage wrought in women's lives in the wake of an abortion--the destruction of families, drug and alcohol abuse, abusive relationships, depression, etc. It doesn't happen every time but it happens quite a lot, much more so than Planned Parenthood's public relations dept. wants people to know. Look at the economics: nearly 3,000 abortions every day in the US. Do the math all the way back to Roe v. Wade and you see there's quite a chunk of the population that's been killed off. Those are people who could have been productive citizens in our society. Finally, as Catholics we should be concerned with the damage done to people's souls by abortion--the "clinic" doctors and nurses, the women who kill their own children, the husbands and boyfriends who consent or even encourage it, etc. The list could go on.

I don't know any pro-lifers that are single issue voters. If you gave them two pro-lifers to vote for I'm sure they'd be looking at a wide array of issues in deciding for which one they would vote. That means abortion is their dominant issue, not their only issue. And don't tell me that "pro-choicers" don't vote based on abortion being their dominant issue because, then, I shall know you are a fool rather simply suspect it.

I know it is often quite foolish to post without having the time to do a little homework, but normally it was to Molech that the babies were offered. Baal was the God of fertility, so the altars of Baal were usually the beds of prostitution. Of course I did not have the chance to do any research on the site mentioned here, but there might be a distinction between Molech and Baal.
Also, I find it interesting that when ancient cultures slaughtered their crying babies to the pagan gods, everyone is certainly outraged, but when Americans slaughter their gestating infants this is a sign of freedom, absurd. Finally, if I may, I was more than excited to hear that several judges note that Roe has no constitutional grounding! This is a huge step in the right direction. As pro-lifers, it feels as though we are close, have we ever been this close before? Can we get all the way before the election Tuesday? I hope and pray that we can.

Marv...how many abortions have you encouraged or procured?

Barb: tell me that's not where my rock came from.

In the movie,"The Passion of the Christ" Mel Gibson points out the worm corrolation with Satan. Remember the worm crawling out of the nose of Satan, while Jesus is praying His "Agony in the Garden"?