Fatima Movie Possibly in the Works 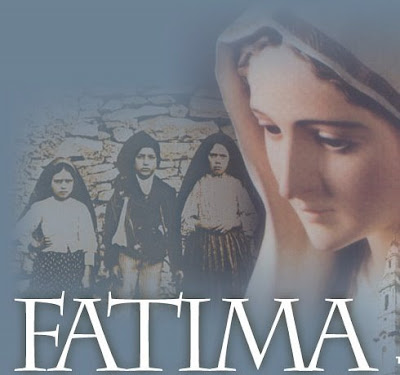 Origin Entertainment is working to bring the story of the apparitions of the Mother of God at Fatima Portugal to the big screen. The story was made into a movie once before in the 1950's, but recent events, like the assassination attempt on John Paul II, the revelation of the 3rd secret, and the recently published recollections of Sr. Lucia are all good reasons to tell a more complete version of the story today. Also, today's CGI can render events like the miracle of the sun and the vision of hell much more impressively.

Early in 2007, I spent a month in Australia with a young crew from England and Ireland working on a script for a new Fatima movie. It was some of the best writing I have ever done, and the whole time was an amazing experience of grace, and also the scarily "just over there" presence of Satan being spiteful. We crafted the script as a coming of age story with Lucia as the main character. There were truly some inspired elements that had all of us feeling like we were very much instruments. At that time, Origin Entertainment had an investor who had stepped forward who had promised to cover the entire budget of the film, so we were very excited that we would go into production during the 90th anniversary of the Fatima events.

But it didn't happen. For some unknown reason, the money never came together, and so the script never got finished, and eventually the little international coalition we had joined with to tell the story dissolved.

And then, a few months ago, a whole different group of people called me up and proclaimed, "We think there needs to be a feature film on Fatima." I listened to them wearily, "Yeah. I thought so too, but God seems undecided." Honestly, I am starting to feel like getting together a movie package and financing makes the miracle of the sun look almost banal.

But, things do seem to be happening this time around. So, Origin Entertainment will be holding some informational nights for potential investors on what it will take to get a commercial, mainstream movie on Fatima into productin and then into cineplexes. Our first of these will be in Minneapolis on July 10th. I will be there, as will the CEO of Origin Entertainment, Dick Lyles. If you are interested in attending, or know someone who might be, please send me an email.

All the rest of you can help out by praying. It would be so great to get this project done.