Here's a wonderful writers' conference at which I will be presenting next month.

The Hedgebrook Alumnae Leadership Council: Los Angeles is pleased to announce its second annual series of creative workshops. This year's focus is on writing for film and TV and magazines. Join us for panels with writers from Seinfeld, Mad Men, Big Love, The United States of Tara and more. We've got workshops on finding representation, breaking into advertising, and travel writing, as well as our popular E-Marketing for Documentary and Independent Filmmakers course. Come for a single class, or the entire day. A portion of your donation is tax deductible and will benefit Hedgebrook.

The workshops will take place at beautiful Mount St. Mary's College. Nestled in the Santa Monica Mountains over Brentwood in West Los Angeles, with views of the Pacific Ocean and the Getty Center, Mount St. Mary's is a true retreat from city life. Attendees are invited to use the campus common areas as a relaxing writing retreat between sessions.

The Perfect Line: How to Write Compelling Dialogue with Crickett Rumley

Everybody loves a great turn of phrase, whether it’s a snappy punch line or an inspiring monologue. But what’s the secret to writing good dialogue? Understanding that it is not mere chit-chat—it is conversation with intent. In this lecture class, we will use a series of film clips to identify the way dialogue serves both the writer’s and the characters’ intentions as well as discuss techniques for crafting lines that create multiple layers of meaning. All writers, whether novelists, playwrights, or screenwriters, are welcome!

Hedgebrook Alum Crickett Rumley graduated with an MFA in Film from Columbia University and now teaches screenwriting at the New York Film Academy (Universal Studios). As a screenwriter, she has developed projects with PBS, Pink Slip Pictures, Killer Films, and Gigantic Pictures. Her debut young adult novel Never Sit Down in a Hoopskirt and Other Things I Learned in Southern Belle Hell comes out in June 2011 from Egmont USA.

Whether you ’re looking for representation or unhappy with your current people, Kaila York and Alicia Lipinski outline the difference between agents and managers while giving hands on advice on how to find the best person to represent you. Using anecdotes from their careers, Kaila and Alicia will share their experiences and any insider information they’ve gleaned. Part discussion, part Q & A, Kaila and Alicia will dispell myths and dispense knowledge to best help participants find the management they need.

After leaving Paradigm, Kaila York formed Headlong Entertainment, a literary management and film production company. She represents a select and diverse range of clients, including film and television writers (Matt Graham, Secret History of America for Oliver Stone/Showtime), book authors (Gemma Halliday, Spying in High Heels franchise) and directors (Tamar Halpern, Jeremy Fink and the Meaning of Life). On the production side, Headlong has just wrapped production on a supernatural feature, and recently created a television series based on the book and blog, Art of Manliness, at Warner Brothers Television.

As television shows take on riskier, boundary-busting storylines, women have risen in the ranks as writers and producers. From The United States of Tara and Big Love to Army Wives and Mad Men, our panelists are making their mark on the TV world. Come join these impressive writers and producers as they share about their experiences about breaking in and staying on top cable, network, and reality TV programs.

Tracy McMillan is a television writer currently working on the USA network show Necessary Roughness. Her credits also include Mad Men, The United States of Tara and Life on Mars. Tracy is also developing book and television projects from her viral Huffington Post essay, Why You're Not Married. Her memoir I Love You and I’m Leaving You Anyway is now available in paperback from Harper Collins/It Books.

In January 2008, Jen launched Jen Grisanti Consultancy Inc., a consulting firm dedicated to helping talented writers break into the industry. By drawing on her 12-year experience as a studio executive when she gave daily notes to executive producers and showrunners, Jen personally guides writers to shape their material, hone their pitches, and focus their careers. Jen has worked with over 300 writers working in television, features and novels. She has had success getting writers staffed and has had two of her clients sell pilots that both went to series. Jen Grisanti is the Writing Instructor for NBC’s Writers on the Verge, Blogger for The Huffington Post and author of the upcoming book, Story Line: Finding Gold In Your Life Story.

In the last decade, Jude Weng has produced, directed, or written for over 200 hours of alternative television. Jude has enjoyed a prolific and diverse career through genres such as ob-docs (Secret Lives of Women), makeovers (Real Simple Real Life), competition game shows(Survivor, The Mole, Next Action Star), docu-soaps (Scott Baio is 46 and Pregnant, Tommy Lee Goes to College), and social experiments (Black White on F/X). Currently, Jude is showrunning a confidential pilot for Lifetime, and Shedding For The Wedding, a new weight-loss makeover series with the creator of The Biggest Loser for the CW.

Traveling, Writing and Getting Paid For It with Cecilia Hae-Jin Lee

Wouldn't you love to get paid to take a food and wine tour of the south of France or go on an all-expenses paid trip to a Hawaiian resort? That's what makes travel writing seem so romantic. In this workshop, you'll learn the joys, pains and realities of travel writing, variety of markets and options available, the writing craft elements, and the where and how to market your work.

Hedgebrook Alum Cecilia Hae-Jin Lee is a travel and food writer. Author of Frommer's South Korea and Frommer's Day by Day Seoul. She has written for numerous publications, including Yahoo!Travel, Food and Wine, Eating Well, Hotels.com, and the Los Angeles Times.

The Reality Behind Reality TV workshop will discuss the numerous career opportunities that exist in non-scripted TV. This fun and entertaining workshop will unfold through anecdotes that translate directly into practical advice for those seeking a career in the creative or entertainment industry, with the last portion of the workshop dedicated to a hands-on DEVELOPMENT & PITCH exercise.

In the last decade, Jude Weng has produced, directed, or written for over 200 hours of alternative television. Jude has enjoyed a prolific and diverse career through genres such as ob-docs (Secret Lives of Women), makeovers (Real Simple Real Life), competition game shows(Survivor, The Mole, Next Action Star), docu-soaps (Scott Baio is 46 and Pregnant, Tommy Lee Goes to College), and social experiments (Black White on F/X). Currently, Jude is showrunning a confidential pilot for Lifetime, and Shedding For The Wedding, a new weight-loss makeover series with the creator of The Biggest Loser for the CW.

Barbara Nicolosi is a screenwriter and the founder of the prestigious Act One: Writing for Hollywood program. She is an adjunct professsor of screenwriting at Pepperdine University and Azusa Pacific University. Her most recent credit will be the 2012 MGM release, Mary: Mother of the Christ which she co-wrote with Ben Fitzgerald (The Passion of the Christ) and which will star Al Pacino, Camilla Belle and Peter O'Toole.

Join us for 90 minutes of laughs and insight into what it takes to create a hit comedy series with David Mandel (exec. Producer Curb Your Enthusiasm, Seinfeld) and Peter Mehlman (Seinfeld, It’s Like, You Know). Mehlman and Mandel are responsible for some of the greatest episodes in the popular Seinfeld series and continue to make us laugh in film, TV, and print today. Q&A will make up part of this panel and who knows who else might join in?

David Mandel is an executive producer, writer and director of Curb Your Enthusiasm. His previous credits include the movies Eurotrip (writer, uncredited co-director), Saturday Night Live (92-95), and Seinfeld. His Seinfeld episodes include "The Bizarro Jerry," "The Betrayal" (co-written with Peter Mehlman), and "The Pool Guy,” for which he won a Writers Guild Award.

Peter Mehlman An executive producer and writer on Seinfeld, he is the author of such now classic Seinfeld-isms as “spongeworthy,” “shrinkage,” “double-dipping," and the “Yada Yada” episode. He is the creator of “It’s like, you know...,”and numerous other TV shows and continues to write screenplays and humor pieces for NPR, Esquire, the New York Times, the Washington Post and the Los Angeles Times.

E-Marketing for Documentary and Independent Filmmakers with Judith Dancoff

Saturday, April 9th, 3:30pm to 6pm ROOM 201 You've made a great film, but it hasn't made you any money—yet. Judith Dancoff has found an untapped market that can turn your creative darling into a cash cow. Libraries and universities regularly pay hundreds of dollars for DVDs on a myriad of topics. Let Judith Dancoff teach you how to reap the benefits of these sales, without paying film distributors, or having your project languish inside of a distributor’s catalogue. This course will cover the rudiments of identifying the academic, library, and specialty markets best suited for your film; how to put together a website and pitch letter that will effectively sell your film to these markets; introduce free and inexpensive ways to reach potential buyers; the best ways to reach potential buyers, including the use of inexpensive and free lists; navigating legal issues, and how to tackle commercial marketing. Class size limit: 50

Hedgebrook Alum Judith Dancoff is a Los Angeles writer, documentary filmmaker, and marketing consultant, who learned the rudiments of e-marketing through selling her own film, now owned by hundreds of universities and museums in the US and abroad.

Agency Division is a full-service advertising boutique made up of dedicated professionals. In this panel, three advertising veterans will discuss how they broke into the business, what has kept them there, and what they look for in a good writer. Q & A will be opened up to the audience along with tips on how to hone your copywriting skills. Class size limit: 90

Simon Foster is the founder and CEO of Agency Division and a 15-year veteran of the TV advertising industry. He was the head of Creative and Integrated Production at the advertising agency SpotRunner and before that ran GlobeShooter, a Los Angeles based production company. He has produced dozens of commercials for national brands such as Apple, Pepsi, Budweiser and Cicsco.

Michael Faella is the Executive Creative Director of Agency Division. He has led campaigns for brands including Microsoft, Forex.com, Buy.com , Enzymatic, Legal Zoom, AIG, and Diamond Promotion Service/DeBeers. Faella is also an accomplished commercial director, having directed over a hundred spots for brands ranging from Ford to Microsoft. Marc Jensen is a Creative Director at Agency Division. He began his copywriting career at Valentine Radford where he worked on national accounts for Hallmark, Pizza Hut and Spring. He’s been with several advertising agencies in Los Angeles, working his way up from Copywriter to Creative Director where he has managed teams of writers. Throughout his career, he has written for print, television, radio, online, direct response as well as collateral and outdoor campaigns for a diverse range of clients.

HOW TO RESERVE A CLASS

A portion of your donation is tax-deductible. See payment page for more details.

To make payment and reserve your seat, click here and follow the directions at the bottom of the page, or visit www.hedgebrook.org and look under Events.

Posted by WGA Member at 12:19 PM No comments: Links to this post 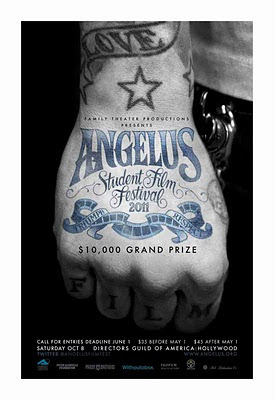 Posted by WGA Member at 7:30 AM No comments: Links to this post