The Pool of Siloam

"And as Jesus passed by, he saw a man who had been blind from birth. And his disciples asked him saying, 'Master, who did sin, this man, or his parents that he was born blind?' Jesus answered, 'Neither has this man sinned nor his parents, but that the works of God should be manifest in him.'...And he said to the blind man, 'Go, wash in the pool of Siloam..." 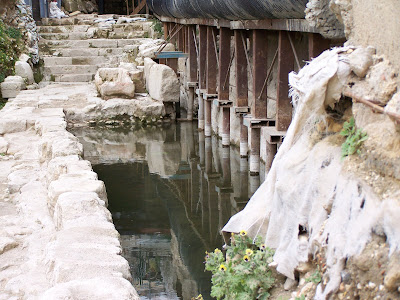 They just found this pool a few years ago. We met with the man who found it, whose father has also been digging at the site for decades. 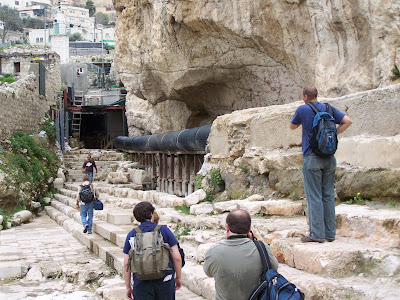 The cool thing is that the pool looks out over what was the King's Garden of David's Palace. Makes sense that the King would have a pool near his garden, Here is the garden adjacent to the pool of Siloam. 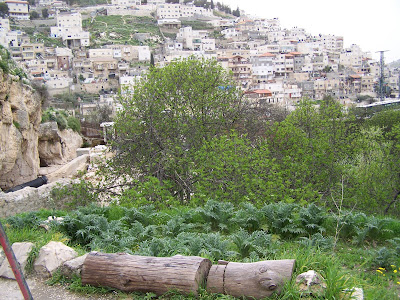