The Garden at Gethsemane 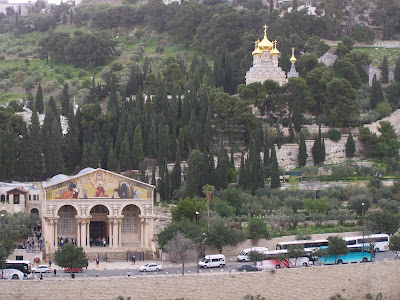 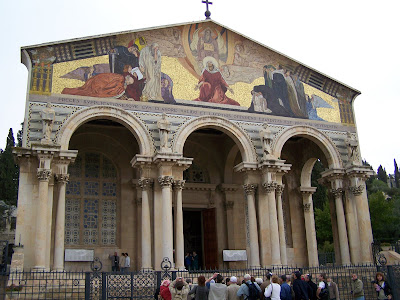 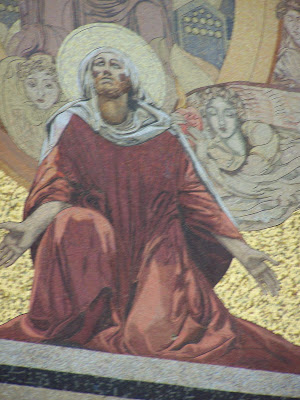 This is my favorite place in Jerusalem. First of all, it is outside the Old City walls and across the Kidron valley, so it is away from a lot of the craziness. But it has also been made into a sacred place. Walled and fenced off, there is room to breathe there around the two churches that commemorate what happened there.

My Hebrew speaking friends here tell me that the word Gethsemane literally means "Olive Press." It is after all a spot on the Mount of Olives, so that makes sense. But it is profound symbolism too, in light of the fact that the Son of God was pressed down by the weight of our sins in the Garden to the point of shedding blood.

There is still a small grove of olive trees on the mountain, just below the two churches. 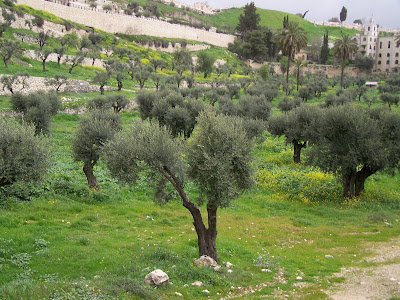 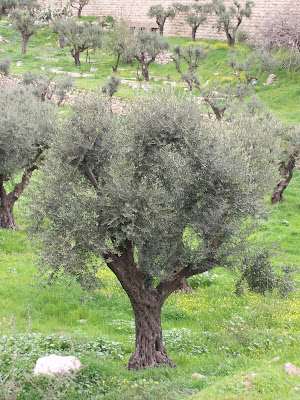 Now, here was a cheeky guy I saw standing around outside the Garden of Gethsemane. I'm sorry, but you just can't look like that and expect to walk around Jerusalem unphotographed. 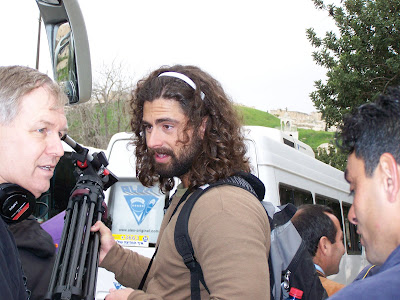 A sign just inside the grounds of the Russian Orthodox monastery at Gethsemane. 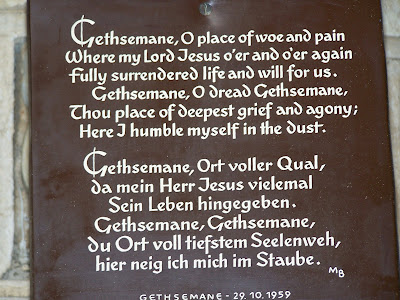 A beautiful image from the side of the Church at Gethsemane. I almost missed it because it faces the garden and isn't seen from the front. But it stopped me when I saw it. 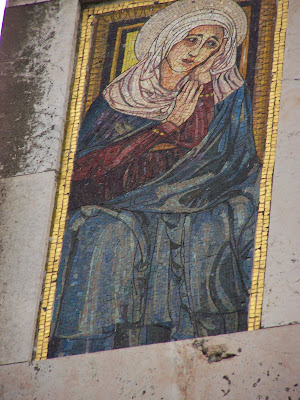 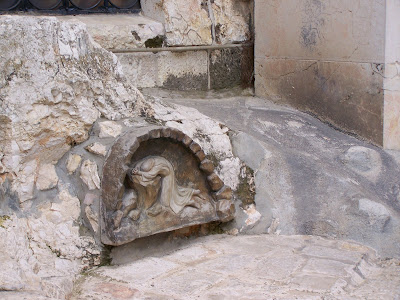 One thing I never realized about Jerusalem until visiting there, is how very small the main area of significance is. The events about which we have prayed and meditated and written libraries full of books, all transpired in an area just a little bigger than the Santa Monica Promenade.

This is a shot of the Temple mount - the Beautiful Gate, I believe - from the Garden of Gethsemane. I zoomed in a bit, but you can still get the sense of how close Jesus was to the Temple when he was going through his agony. The significance of that - him, anticipating the New Sacrifice in His blood, while overlooking the site of the sacrifices that were about to become obsolete - has added a whole new dimension to my reflections on the Agony in the Garden. 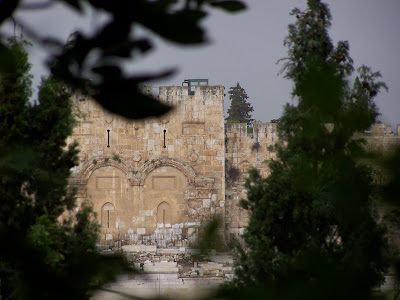 Here is the shot of the Temple unzoomed so you can see actually how close it is to Gethsemane. 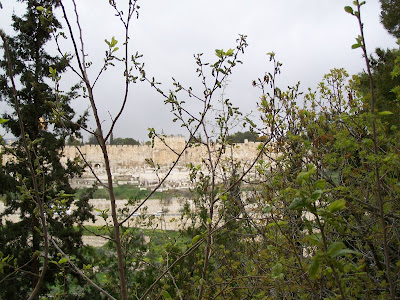 There is some kind of Russian Orthodox convent on the grounds of Gethsemane. They have relics from their foundress and lots of ornate icons there. 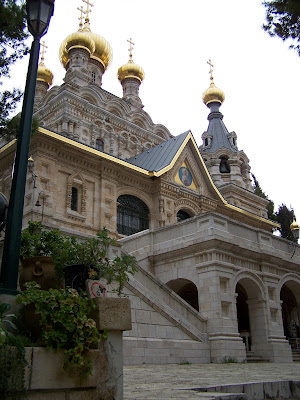 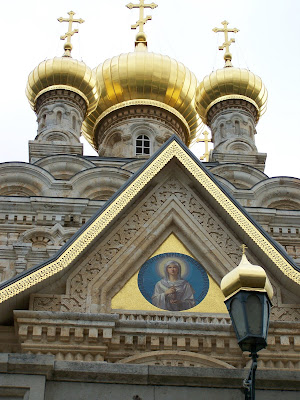 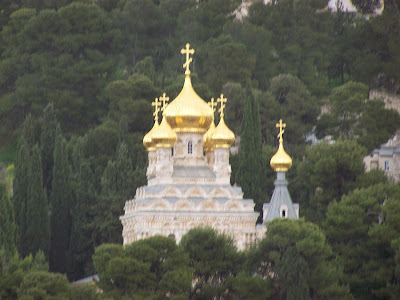 But the best part of the Orthodox presence is the beautiful kept garden path that leads up the hill. So, here is literally the garden at Gethsemane. 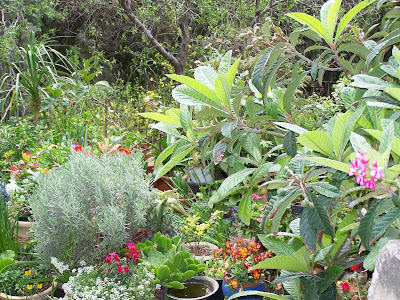 Great photos and post! I linked them to my blog:

I spent the first year of my marraige in Jerusalem, up untill the birth of my daughter. My husband was a Palastinian who head of maintanence at a small family run Arab hotel in East Jerusalem, on Wadi El Joz. Since I was pregnant and did not work, I had a lot of time on my hands. I would walk down into the old city almost every day. I always walked past the Garden of Gethsemane. I found this location to be so peaceful and spiritual. The old city was wild with activity and tourists. The church of the Holy Sepulture was a virtual zoo. I found no sense of peace or real history there. I loved Gethsemane because of the peacefulness and simplicity. I would sometimes sit for hours, just meditating and praying. I got to know a Franciscan Priest who served as a caretaker for the church and garden. I am angry at myself for not remembering his name. He kept encouraging me to attend the 6am mass. Alas, I was too lazy to get up that early and never attended that mass. I could just kick myself now. I plan to return to Jerusalem with my children next summer. They are now grown and I want them to experience the peace and simplicity of Gesthemene as I once did.
Mary Asmar