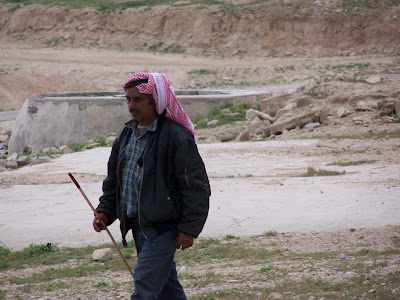 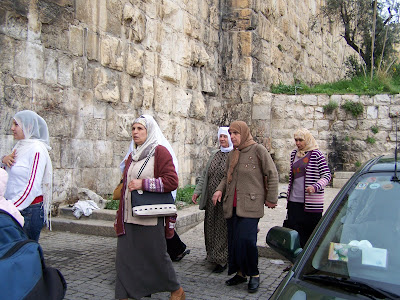 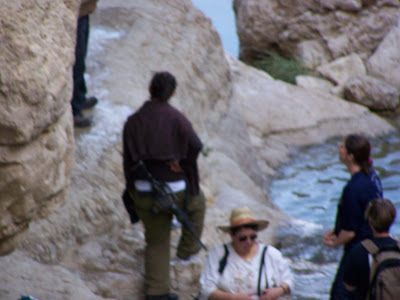 The first day we were in Jerusalem, some Evangelical Christians told us tales of the tension in the city that comes from the Muslim intolerance for anybody who is not one of them.

The next day, we met with an Armenian Catholic lady who explained that her life has been made hellish by the Jews building the security wall right near her mother's house. And also that life in the city is made crazy by the Greek Orthodox who are insisting that their patriarch gets to be the first and only prelate to emerge from the tomb of the holy sepulchre on Easter morning.

We heard from an Arab businessman that he can't get a visa from Israel to travel back to the States for his business because the Israelis are prejudiced against all Arabs.

Then, we met with a politician from the Knesset who explained that the problem is a combination of Muslim intolerance, and also American and European liberal elites who keep insisting on a failed policy of appeasement toward Islam.

Yesterday, an Arab Christian detailed the terrible persecution that his family and friends suffer at the hands of the ultra Orthodox Jews who even went so far recently as to burn and desecrate part of the Church of the Annunciation. He wanted to know why they would do that to a community which has long been supportive of Israel.

We have heard from another fellow that a great problem is the new Eastern European Jews who have been recently brought into Israel, because apparently they have imported the Eastern European mafia with them.