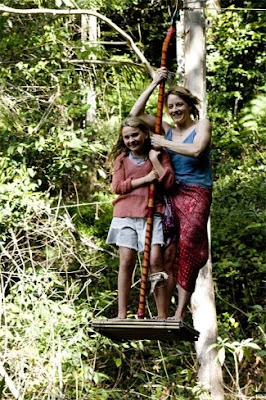 With lamentable consistency, Walden Media has managed to turn out a steady stream of movies that look good but fall flat on the script stage. I hope somebody over there will learn how to give notes on a script before they go through the entire canon of beloved children's books making unmemorable movies, or run out of money, or just get tired of the whole idea of having a Christian owned production entity. It might even be notable as some kind of anti-art form to have managed to render fabulous source material like Charlotte's Web, Around the World in 80 Dys and the ife of William Wilberforce mostly sterile and unengaging (and in the case of the Jule Verne project, downright embarrassing.) Somewhat of an exception, of course, was The Lion, the Witch and the Wardrobe but clearly it was the Disney people who intervened in what could have been another script disaster in that case. In making it a successful Disney movie, however, the writing was still unsatisfying for those of us looking for more of Lewis' theological depth.

Anyway, the latest Walden project to fail to hit the mark is Nim's Island. It really has a lovely story at it's core, but somehow, this production managed to unravel the A-story by the midpoint, making it lose all sense, and resorting to slap-stick schtick to hobble the piece towards the finish line. Oh well.

The best thing in the movie, and it did make me laugh a few times, was Jodie Foster going for it as an agoraphobic writer who has to travel half way around the world to save the little girl played ably by Abigail Breslin. Foster, it seems, has hit that stage of life in which she wants to make some movies for her adopted children, so she gives it her all to be goofy and the butt of a lot of the movie's humor. She doesn't quite bring it off - Emma Thompson would have done better - but Jodie gets kudos for stepping so far out of what we have seen from her before. 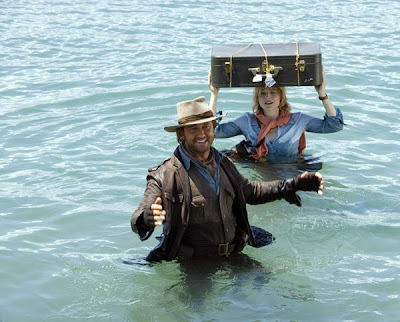 I think that Nim's Island might work with little girls right around Breslin's age. But I wouldn't want to place bets on any other demographic succumbing to its sparse charms. I'll recommend it for little girls who aren't too discriminating and the parents who chauffeur them. But everybody else should pass.