What Southern Californians Do in the Depths of February... 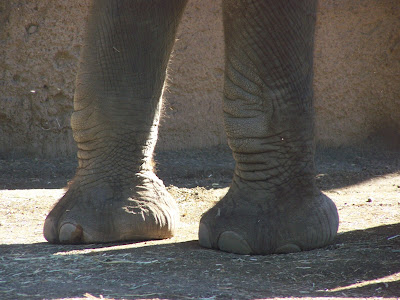 We go to the San Diego Zoo. And we stroll in the soft sunlight, and inhale the lush flora...and be really, really glad we get to live here especially at this time of year. (To all my Northeast friends: I know it's obnoxious, but despite all your grumblings about "the left Coast" and "liberal bastion," and "how L.A. has way more than a fair share of New Age wackos," Southern California really is paradise! It's indisputable.)

We, the people of Origin Entertainment, decided to spend a weekend together actually enjoying each other, instead of fretting over financing deals and script notes. Hosted by our wise and wonderful CEO, Dick Lyles and his lovely wife, Martha, it was a great time.

There is no culturally or ecclesially significant reason for me to post the following pictures. But I send them out to those of you who are shivering in February horrors, as a sign of hope to you, that somewhere it is summer! (Heh, heh. Wicked chortle of New England expat glee.) 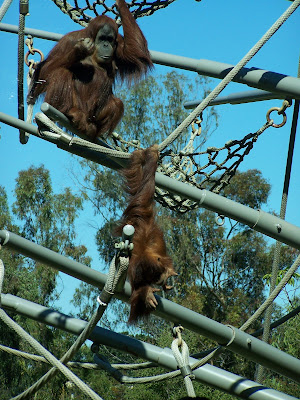 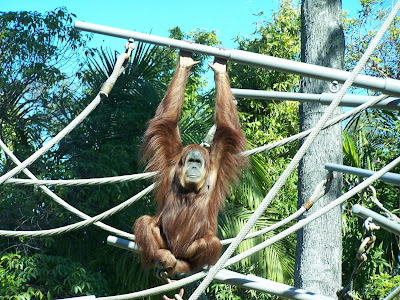 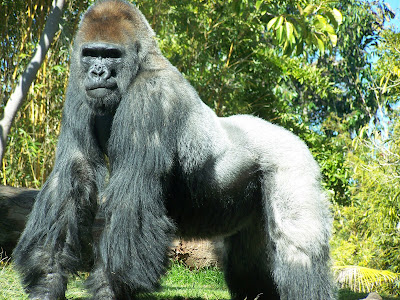 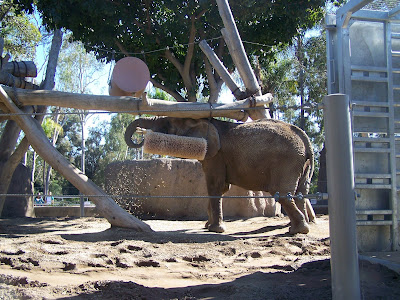 An obviously bored lion sleeping in a cave really, really far away from the madding throng of gawking humans. My sense was the zoo was being very careful about their big cats not jumping 23 feet and eating any of us. I got a closer shot of the Pope the last time I was in Rome. 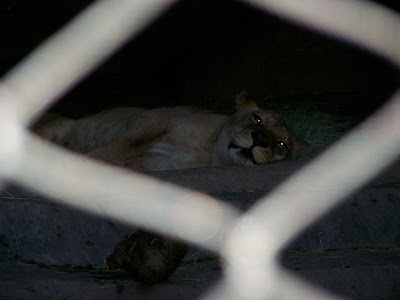 Absolutely no idea. But they have a lot of them at the San Diego Zoo. I'm thinking all the other zoos don't want 'em. 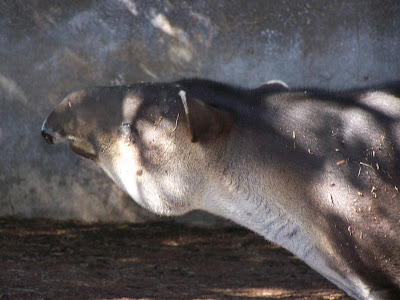 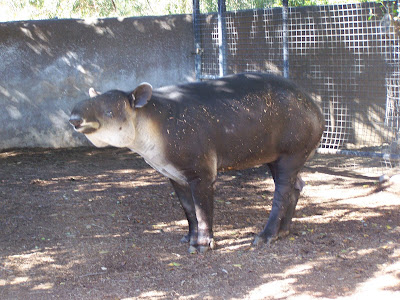 Martha and Dick Lyles holding some of the next generation of the Origin Entertainment family. 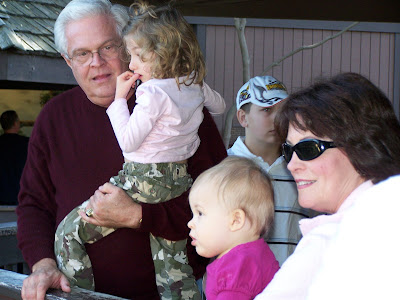 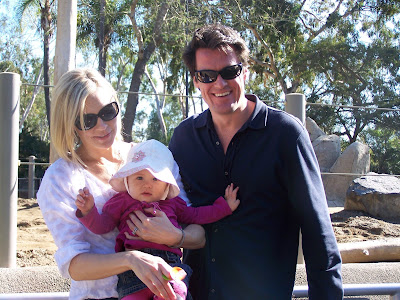