On Friday, Origin Entertainment, (a production company based in Santa Monica at which I am a new partner), received the documents from Harper Collins securing the movie option rights to one of my all-time favorite books FOR ME TO ADAPT AS A SCREENPLAY! 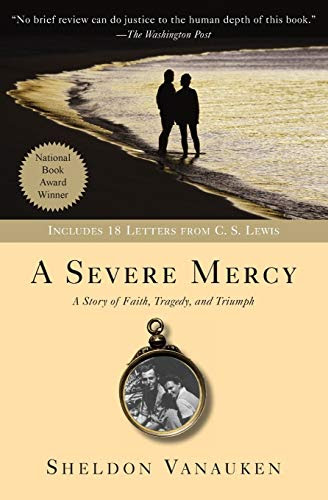 This is a wonderful and scary thrill for me, as the book and I have traversed quite a storied journey already since I first read it in college in 1981. (Stay tuned. Someday soon, I will certainly blog about it....) But now, the real adventure gets started. A literal journey as well as spiritual and creative - the book takes place in Hawaii, the Carribbean, Oxford and the rolling hills of Lynchburg, VA. (Several friends have already heroically and selflessly volunteered to be my traveling research assistant on this one.)

If you haven't read the book yet (and to that, can I just say, "Eeeek!!!!"), go here and order it right away. You will feel for me giving you the heads-up, "quick gratitude" (linguistic hat tip to Emily D).

Please keep this project in your prayers. I am rarely excited about anything, but I admit to anticipating this project with wonder (and fear and trembling).

Of course, we will be looking to partner with one of the new studio entities that are hungry for "fodder for the Christian audience" on this one. It is SOOOOO much NOT fodder. Haunting narrative. Theologically profound. Psychologically subtle and rich. Cinematic on several levels. Way, way more to work with here than, wel, - going out on a limb here - a Thomas Kincaid painting....

Anyway, Origin would like to go into a partnership with a strong as hand as possible. Consequently, we will be making a few trips around the country to make presentations on the project for investors. If you would like to host an event for your rich friends who might want to be part of bringing a really beautiful and wonderful project with strong transcendent themes (and a cameo appearance by C.S. Lewis!) to the screen, please send me an email. This one is too good to hamstring with an inadequate budget and untried talents. Please do keep it in your prayers.

(P.S. Did I mention I left Act One primarily because I was sick of begging for money?...Sigh....The truth is, entertainers are pretty much all beggars.)

The title of the book comes from The Confessions of St. Augustine in which the saint is compelled through suffering to accept the saving grace of God. Here's the snip...

Thus I was sick and tormented, reproaching myself more bitterly than ever, rolling and writhing in my chain till it should be utterly broken. By now I was held but slightly, but still was held. And thou, O Lord, didst press upon me in my inmost heart with a severe mercy, redoubling the lashes of fear and shame; lest I should again give way and that same slender remaining tie not be broken off, but recover strength and enchain me yet more securely.

I kept saying to myself, "See, let it be done now; let it be done now." And as I said this I all but came to a firm decision. I all but did it -- yet I did not quite. Still I did not fall back to my old condition, but stood aside for a moment and drew breath. And I tried again, and lacked only a very little of reaching the resolve -- and then somewhat less, and then all but touched and grasped it. Yet I still did not quite reach or touch or grasp the goal, because I hesitated to die to death and to live to life. And the worse way, to which I was habituated, was stronger in me than the better, which I had not tried. And up to the very moment in which I was to become another man, the nearer the moment approached, the greater horror did it strike in me. But it did not strike me back, nor turn me aside, but held me in suspense.

It was, in fact, my old mistresses, trifles of trifles and vanities of vanities, who still enthralled me. They tugged at my fleshly garments and softly whispered: "Are you going to part with us? And from that moment will we never be with you any more? And from that moment will not this and that be forbidden you forever?" What were they suggesting to me in those words "this or that"? What is it they suggested, O my God? Let thy mercy guard the soul of thy servant from the vileness and the shame they did suggest! And now I scarcely heard them, for they were not openly showing themselves and opposing me face to face; but muttering, as it were, behind my back; and furtively plucking at me as I was leaving, trying to make me look back at them. Still they delayed me, so that I hesitated to break loose and shake myself free of them and leap over to the place to which I was being called -- for unruly habit kept saying to me, "Do you think you can live without them?"

But now it said this very faintly; for in the direction I had set my face, and yet toward which I still trembled to go, the chaste dignity of continence appeared to me -- cheerful but not wanton, modestly alluring me to come and doubt nothing, extending her holy hands, full of a multitude of good examples -- to receive and embrace me. There were there so many young men and maidens, a multitude of youth and every age, grave widows and ancient virgins; and continence herself in their midst: not barren, but a fruitful mother of children -- her joys -- by thee, O Lord, her husband. And she smiled on me with a challenging smile as if to say: "Can you not do what these young men and maidens can? Or can any of them do it of themselves, and not rather in the Lord their God? The Lord their God gave me to them. Why do you stand in your own strength, and so stand not? Cast yourself on him; fear not. He will not flinch and you will not fall. Cast yourself on him without fear, for he will receive and heal you." And I blushed violently, for I still heard the muttering of those "trifles" and hung suspended. Again she seemed to speak: "Stop your ears against those unclean members of yours, that they may be mortified. They tell you of delights, but not according to the law of the Lord thy God." This struggle raging in my heart was nothing but the contest of self against self. And Alypius kept close beside me, and awaited in silence the outcome of my extraordinary agitation.

I pray that you are more successful than your greatest imagination. This book has made a great impact in my life and I hope that the film will continue in that influence.

I wish you every success. Severe Mercy is one of my favorite books of all time. I corresponded with Sheldon Vanauken and met with him a couple of times during the last year of his life.

God bless you deeply with wisdom, insight, creativity and courage as you embark on this endeavor. Severe Mercy was profoudly important to me as i walked through my dark night of the soul.

The one thing I always remember about this was Vanauken's regret, when his wife was dying, that they had bought into the zeitgeist and closed their marriage to children. It seemed such a poignant testimony to the Gospel of Life.

I followed a link from another blog briefly announcing that this movie was forthcoming with great trepidation--who, after all, could play Sheldon Vanauken or Julian Stead or C.S. Lewis without diminishing the words that define them for us? How could that opening scene that reads like a painting possibly be recreated on screen?

Reading your post, however, I can see that the project is in good hands. God be with you in hopes that the film might touch as many people and as dramatically as the book has, and in an entirely new audience.

When I read that book two years ago, I wanted to make it into a film as well. So many scenes in the book are as you said, "transcedant" and "cinematic." Praying for your success in this project.