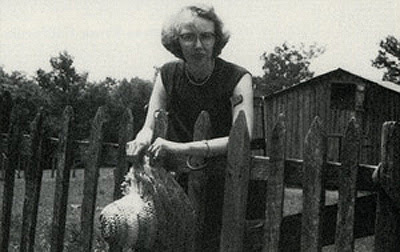 A former English professor, Archbishop George Niederauer of San Francisco recently gave a wonderful presentation on the great Catholic writer (and patroness with St. Paul and Emily Dickinson of this blog!), Flannery O'Connor. Major hat-tip to Whistpers in the Loggia for finding this. (They have a link on their site to the whole speech in .pdf.)

Take it away, Your Excellency:

"My days as a teacher of college English are long past, and now I am a Roman Catholic archbishop, who agreed to speak, from that viewpoint, about a woman and a writer whom I admire greatly, Flannery O'Connor. I remember, though, what Flannery O'Connor wrote after meeting Paul Hallinan, the new Archbishop of Atlanta, whom she admired. She said: "Usually I think the Church's motto is The Wrong Man for the Job; but not this time.”

That pungent little verdict suggests much of what I believe is wonderful and valuable in Flannery O'Connor: the savvy, sly wit; the dead-on honest observation; the faith, strong in spite of all; and the Christian realist's hope that this time it might be better, but not easily, and not likely for long.

Flannery O'Connor died during the Church's Second Vatican Council, while the bishops were writing anew what she had always known: that the Church is the Body of Christ, the People of God, that laypeople are its flesh and blood and that the clergy and religious orders are its servant-leaders. While Flannery O'Connor was a supreme artist in fiction, this afternoon I want to suggest how she is also a particularly valuable witness to the Catholic Church and its leaders in this country. Hers is the testimony of a watchful, honest, faith-filled, eloquent lay person, and she had much to say about the experience of living her faith within the Roman Catholic Church, especially in a society and a culture that had marginalized genuine Christian faith and practice. I invite you now to listen with me to what she said in her letters about several closely connected aspects of Roman Catholic experience: 1) the experience of being a believer, a disciple of Jesus Christ; 2) the cost of discipleship; 3) the power of grace in the experience of the believer; and, 4) the experience of the Church as the setting of that life of faith and discipleship, a setting that she saw as all too human as well as divine in origin....


Flannery O'Connor said of herself as a writer: "I feel that if I were not a Catholic I would have no reason to write, no reason to see, no reason ever to feel horrified or even to enjoy anything" (p.114). The Church, she claimed, was "... the only thing that is going to make the terrible world we are coming to endurable" (p. 90). Why? Quite simply because the Church taught as its central doctrine the Incarnation, the belief that God became human and creaturely, with us, in Jesus Christ. Flannery O'Connor believed that teaching, and, for her, its truth transformed everything in life: She said: "... the ultimate reality is the Incarnation, the present reality is the Incarnation, and nobody believes in the Incarnation; that is nobody in your audience. My audience are the people who think God is dead. At least these are the people I am conscious of writing for" (p.92). Thus there follows the clash of consciousness between O’Connor and her audience, the clash between the believers and the non-believers, between contradictory sets of assumptions about human experience. 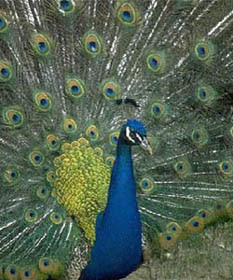 She claimed the Incarnation as the principle of her spirituality: "... if you believe in the divinity of Christ, you have to cherish the world at the same time that you struggle to endure it" (p.90). But beyond shaping her personal spirituality, Incarnation directed her strategy as a writer. She asserted that, "... the writer has to succeed in making the divinity of Christ seem consistent with the structure of all reality. This has to be got across implicitly in spite of a world that doesn't feel it, in spite of characters who don't live it" (p.290). Incarnation even helps explain an aspect of O'Connor's writing which is particularly challenging for many readers: The grotesque. She said: "The Incarnation makes us see the grotesque as grotesque" (p.227)....

[W]hen her novel, Wise Blood was re-issued, she wrote in an introductory Author's Note: "Wise Blood was written by an author congenitally innocent of theory, but one with certain preoccupations. That belief in Christ is to some a matter of life and death has been a stumbling block for readers who would prefer to think it a matter of no great consequence."


O'Connor said that some writers had even enshrined this lack of faith as a prerequisite for the artist's vision: "It is popular to believe that in order to see clearly one must believe nothing" (p. 147). As a young student, Flannery O'Connor's antidote to that false assumption was what she called "Christian skepticism," and she recommended it to others: "Learn what you can but cultivate Christian skepticism. It will keep you free - not free to do anything you please, but free to be formed by something larger than your own intellect or the intellects of those around you" (p. 478). Also, "What kept me a skeptic in college was precisely my Christian faith. It always said: wait, don't bite on this, get a wider picture, continue to read" (p. 476).

On another occasion, Flannery O'Connor dealt with this conflict between faith and unbelief, and its effect on the writer who is a believer: "I don't think you should write something as long as a novel around anything that is not of the gravest concern to you and everybody else, and for me this is always the conflict between an attraction for the Holy and the disbelief in it that we breathe in with the air of our times. It's hard to believe always but more so in the world we live in now. There are some of us who have to pay for our faith every step of the way and who have to work out dramatically what it would be like without it and if being without it would be ultimately possible or not."

So the believer needs patience and passion. According to Flannery O'Connor, faith naturally waxes and wanes, and we must not panic or jump to conclusions because of that. She wrote: "...let me tell you this: faith comes and goes. It rises and falls like the tides of an invisible ocean. If it is presumptuous to think that faith will stay with you forever, it is just as presumptuous to think that unbelief will" (p. 451). She was especially fond of the prayer addressed to Christ in the gospel: "Lord, I believe; help my unbelief' (p.92). She wrote: "It is the most natural and most human and most agonizing prayer in the gospel, and I think it is the foundation prayer of faith" (p. 476). 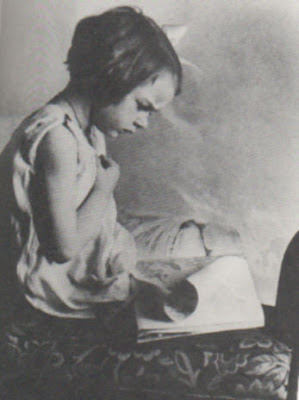 The Christian must yearn for and seek out faith, not just grudgingly take delivery of it if God sends it along: "Faith is a gift, but the will has a great deal to do with it. The loss of it is basically a failure of appetite, assisted by sterile intellect" (p. 451). But Christian faith cannot remain in the intellect; it must be lived for, with, and in Christ. Flannery O'Connor declared: "What people don't realize is how much religion costs. They think faith is a big electric blanket, when of course it is the cross. It is much harder to believe than not to believe" (p. 354). This cost of believing, of discipleship is crucial to an understanding of genuine Christian faith, as opposed to the casual, superficial, cultural Christianity that she so deplored. Genuine Christian faith transforms the meaning and value of everything; cosmetic Christianity merely brightens Sunday morning and highlights the tiny compartment of life labeled "religion."...

In one letter Flannery O’Connor observes that “Human nature is so faulty that it can resist any amount of grace and most of the time it does. The Church does well to hold its own; you are asking that she show a profit. When she shows a profit, you have a saint, and not necessarily a canonized one.”