In and Around the Galilee

I'm not sure I ever need to go back to Jerusalem. It was pretty jarring and not at all a place to foment devotion. But I definitely would go back to the Galilee any time. Especially in the spring.

Here are a few shots of the Sea of Galilee... 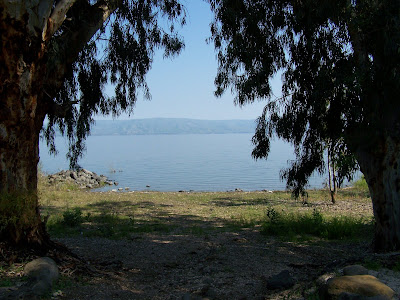 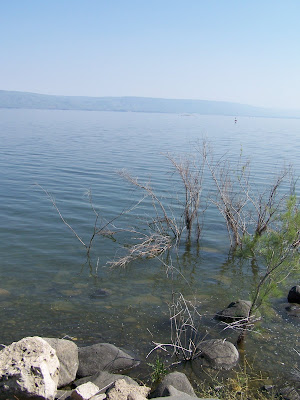 When I took this picture, I was startled to see a MONSTER cat fish come swimming up to me. All my New England fishing instincts were hackled and I wished in vain for a pole or net to snag the huge thing. My friend Rob had a similar experience with another monster catfish. Turns out that catfish aren't kosher because they don't have scales, so they swim unharrassed in the Sea of Galilee growing bigger and bigger. I could practically hear that beast taunting me from the water, "La-la-la!Look at me, nothing to do but frolic and splash around...betchya wish your dinner was fresh like me!" 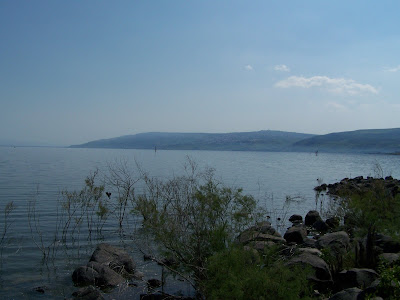 We stayed at a WONDERFUL guesthouse in the Galilee which has been operated by German Catholics for over a century. Called "Pilgerhaus," in true German style, everything there is neat, intuitive and perfectly efficient. Which makes it a true 'sign of contradiction' in the Holy Land! And at the risk of being all banal here, the shower was fabulous - hot and hig pressured...as contrasted to the pathetic. tepid trickle showers of Jerusalem. I give Pilgerhaus my highest "two thumbs way up!" recommendation if you are thinking of making a Holy Land pilgrimage. It is located right on the Sea of Galilee, next door to the Tabgha Site commemorating the miracle of the loaves and fishes.

Here is a shot of one of the main buildings which houses the Chapel upstairs and a cafe downstairs. 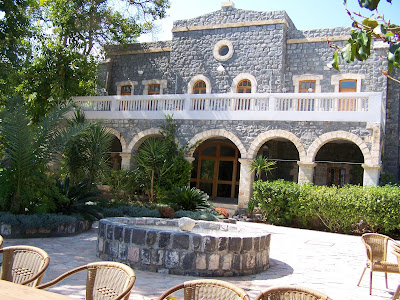 This is the view from the patio of the cafe looking out on to the Sea. 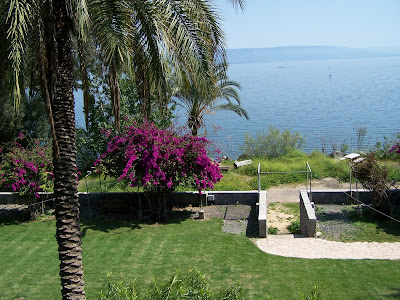 Just down the road apiece is the mountain pass through which Jesus would have walked to get from Nazareth to the Sea. We walked down that path abit. It was lovely. Here are some shots... 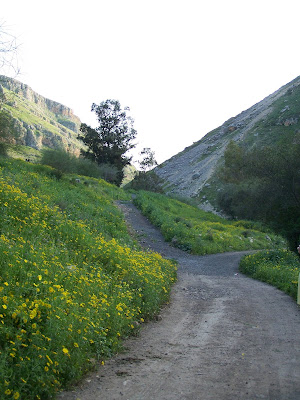 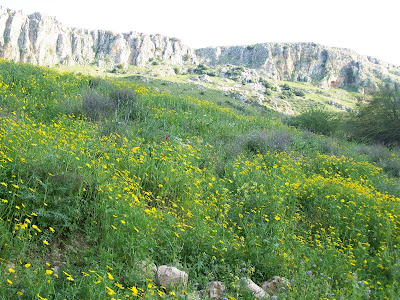 This made me laugh. There was a flock of goats and beside it another flock of sheep. And they had clearly self-segregated themselves from each other. A Bedouin we met in our desert experience told me that you don't have to separate the sheep from the goats because they do it themselves. There's some kind of metaphor in there about good people and bad people not being comfortable with each other. Or else about the end times being a heck of a lot less work for the angels than we all thought. 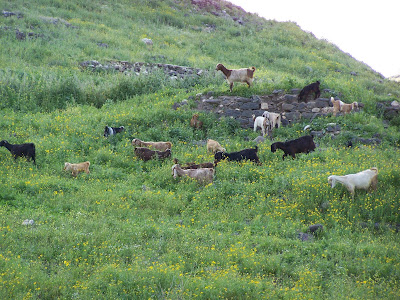 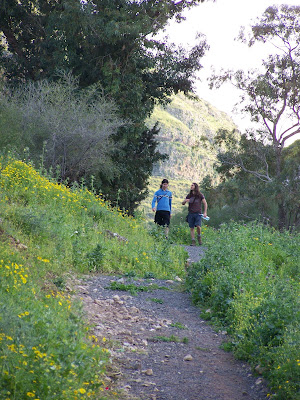