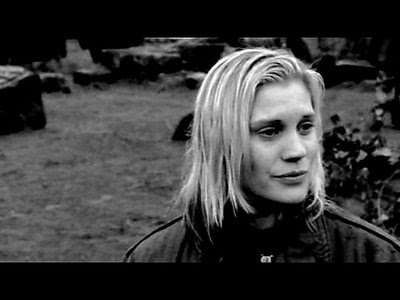 (from the song Goodnight Irene, by Lead Belly)

They blew it last night. The revelation of the final cylon was far from "a great notion" and seemed to me to be quite, thoroughly and stunningly lame. I was staring at the television in those last three minutes that the show ran long and said aloud, "How dare they?"

No, but really. What a disappointment. I have read a hundred fan theories in the last year or so, many of which would have been much more clever than the way the show went. You know you are in trouble when the fans are thinking about the show more than the creators. I am particularly disgusted at all the marketing hype and suspense that the show and its creators went through to set up the revelation. It was not worth it.

Still, in deference to those who don't want to spoil the (lame, not worth it, hugely disappointing) surprise of the identity of the final cylon, I am not writing the name in the substance of this post. However, the comment thread is open to be a full discussion of this, so if you don't want to know the (stupid, absurd, not worth the build up) identity of the final cylon, then don't click on the comments.

Now I get why Katee Sackhoff and even Ron Moore, said in recent interviews that the point of the show was not the revelation of the final cylon and the various mysteries of the mythology. They were saying that to lower expectations and try to cover for the lameness of the actual revelation. I can't imagine what happened to the writers, except that they must have just dug themselves in so many holes with other characters that they didn't have anybody left to turn into the Final cylon.

The solution the show went for, however, does nail the coffin on the idea that reincarnation makes a person in any sense a grown up. Nuff said.

Having said all that, I thought the pacing and look and tone of the episode was excellent and well up to the BSG standard. I so didn't see the suicide of THAT main character coming - although, afterward, it struck me as perfect - "a great notion." I LOVED the long scene between Tigh and Bill. All those ECU's with the actors practically spitting and sputtering on the camera. And the Kara stuff with her, um, finding herself in that, um, ultimate way. Genius.

Of course, now, they've dug in a much bigger hole with Kara which has the name, "just how did she get from nebula to here?" They better answer it.

I can't say I like where the show seems to be heading about the "what exactly is human life?" question. But I'm holding out hope that, in trying to be "bold" the writers don't betray the innate spiritual essence that they have revealed in their human characters all through the run, and which have made the show so worth watching.

But I feel strangely free of the thrall of BSG this morning. I feel superior in the way that exposure to great art never makes me feel...

Okay, so I'm a bit bitter. But it was supposed to be smart. They really let us down.

P.S. I just found a link here to a long series of interviews from the TV writer at the Chicago Tribune with Ron Moore and the writers and director of "Sometimes a Great Notion." Moore discusses at length the thinking behind the choice of the final cylon.

I found his thinking on the matter to be not impressive. Also, I found his desire to even do an interview like this about this decision, emblematic of defensiveness that comes from knowing you have messed up. Generally, when you are talking about great storytelling, the story choices speak for themselves. Anyway, the "reasoning process" behind the choice of the final cylon seemed to be kind of silly and emotional actually, in light of the creepy way that the final person lived on the show. In this interview, Moore wants us to get all sentimental about the character, but the character was not at all sympathetic.

Moore does reveal that the writers had no idea whom to make the final cylon until well into Season 3. Hmmmmm.... so then they had to try and make it seem like it made sense in the backstory. It doesn't. Rats.

Much better in the interviews is the discussion of THAT character's suicide. I think that sequence was one of the great moments of the series in terms of its psychological depth.