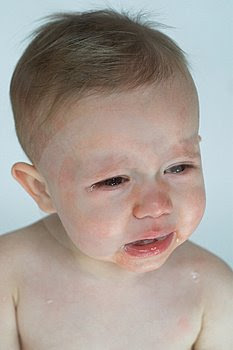 From the Associated Press this morning:

The move, long expected in the Democratic president's first week in office, will be welcomed by liberals and criticized by abortion rights foes.

Obama was expected to sign the executive order at a low-key event, one day after the 36th anniversary of the landmark Supreme Court ruling in Roe v. Wade that legalized abortion.

The move was not a surprise as both Obama and Secretary of State Hillary Rodham Clinton, who will oversee foreign aid, had promised to do away with the gag rule during the presidential campaign.

Organizations that had pressed Obama to make the abortion-ban change were jubilant...

And how about you "Obama Christians"? Are you still jubilant too? Own it, because you made this happen. Here is the mantra for you to say 87 times today, "Their blood be upon us and on our children!"

Have a nice day.