Heaven is For.... Anyone with a Heart 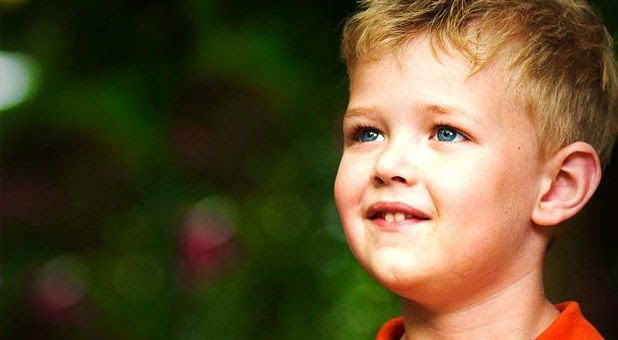 Heaven is for Real, Directed by Randall Wallace, Written by Randall Wallace and Chris Parker, based on the book by Todd Burpo and Lynn Vincent; stars Greg Kinnear, Thomas Hayden Church, Kelly Reilly and Connor Corum;

So, the good news is, Christians are finally getting better at filmmaking.  It has taken us awhile to get to respectable, and we have a long way to go to do with cinema what Flannery O'Connor did with literature, but it's a relief to me that we are starting to see movies made by believers that actually aren't ugly as art and story and don't dishonor our faith.  After having seen way too many faith-based embarrassments like The Christmas Candle, Facing the Giants, Fireproof, Therese, Mercy Streets, The Omega Code, Left Behind, Gospa, The Champion, The Stoning of Soriah M, There Be Dragons, Blue Like Jazz, The Mighty Macs, For Greater Glory, Bella and Courageous, I went in to the screening of Heaven is For Real ready to cringe.  But I didn't cringe.  I found myself generally engaged and involved with the characters, and strongly affected in a couple places - heck, I cried twice, for the right reasons.  And looking around the theater, nearly everybody else was crying too.

If you are the only one in Jerusalem - and within reach of the NY Times Bestseller list - who does not know about the story here, it is based on the hugely successful true story of a four year old boy who is given a vision of heaven during a near death experience on the operating table.  The boy's exerience wreaks havoc in the small church community that his father pastors, and leads his father and mother to question the ultimate meaning of heaven for all of us.

The movie isn't perfect, but it is solid and - for people of basic good will - entertaining.   My feeling is the principle problesm with the film originate in the source material, so there isn't too much the filmmakers could do and still please the fan base of the book.

In terms of plot, there isn't enough story in Heaven is for Real for a feature-length film.  Writer/director Wallace knows his game too well not to be aware of that, however, and so does as much as he possibly can to provide filler by taking advantage of the talented actors he has at his disposal.  Still, if I had been charged to give notes on the outline, I would have said, "You don't have enough beats and reversals for a movie."

My second quibble has to do with the lack of a formidable antagonist, and, consequently, the lack of ongoing high stakes.  Again, the filmmakers were aware of the problem and do what they can to create stakes by fomenting small crises in the main couple's marriage and in the struggle for job and money - which are fine stakes in real life, but in a story, getting or losing a job is never going to be enough.

Most significantly, taking the broader view of where we are as people of faith trying to important in our culture, Heaven is for Real seems to me to move the bar for the efforts of Christians in cinema in several ways.

1)  I know these people! -  Karen Hall, a friend of mine who has worked for more than two decades on top television shows, has said to me many times that in mainstream media,  "We Christians are never allowed to depict ourselves in our own context."  That is, few of the people making culture in an influential way tend to be committed Christians.  So, when we are depicted it is always from without, by people who don't get us, or who think Christianity is what's wrong with the world.  So, we are always seeing Christians depicted like the insane brutish lady in Misery, with her gold cross glinting in the light right before she tortures her captive, or the wild-eyed, platinum-blond, Bible clutching bomber in Contact, or the hypocritical greedy preacher in There Will Be Blood, or the cooing, silly simpleton nuns in Sister Act, or the cruel demon nuns in Philomena.

In films made by believers, the depictions of Christians are equally cringe-worthy only in the other direction of religious propaganda.  When Christians are calling the shots, they are so eager to show the best face of being a believer, that the characters come across as weird extra-terrestials speaking a saccharine foregin language and smiling into sunsets like Jesus' own Stepford Wives.  I remember screening Facing the Giants with a Jewish agent and when one of the characters suddenly got a shiny new red truck basically for kneeling down in a field and "giving his life to the Lord," my jaded Hollywood friend leaned over and said to me, "Gimme some of THAT Jesus stuff."

In Heaven is for Real by contrast, the characters are like so many people I have met - they are real people who simply have faith in Jesus as an important part of their framework.  They aren't silly or simple or wild-eyed or covering up fetid depths of hate and hypocrisy.  They aren't killing each other or making meth in their basements.  They are struggling to keep on walking, and to be better moms and dads, friends and believers.  The characters in this piece don't have the creative charm of the townspeople in Lars and the Real Girl, but I still found them fascinating just because I haven't seen them on the big screen before. 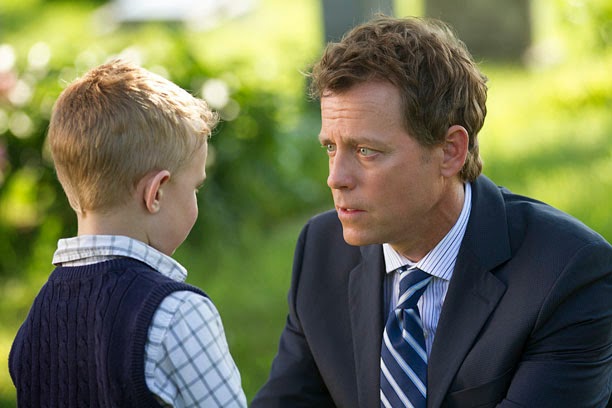 2)  Features Talented Professionals in Key Roles - This has to be reckoned as a huge leap forward for Christian projects.  Although the movie was made for much less than most Hollywood movies, it still uses real professionals in key roles, namely director and co-writer, Oscar-nominated, Randall Wallace (writer of Braveheart), Oscar-nominated actors, Greg Kinnear and Thomas Hayden Church, Oscar-winning Cinematographer, Dean Semler (Dance with Wolves),  Emmy-nominated producer, Joe Roth (Alice in Wonderland), double Oscar-nominated Editor, John Wright (Speed, Hunt for Red October) and Emmy-winning Costume Designer, Michael T. Boyd.  Just to name a few.  And while there are a handful of industry professionals who have been part of the aforementioned Christian disaster films, it is a striking part of so many of these projects that people with only a vision, but without any talent or training, reserved to themselves key creative roles.  Can't do it.  Movie-making is a craft-based, talent-based, experienced-based, professional relationship requiring enterprise.  God helps those who help real talented artists and professionals.  So, what I'm saying is, you can't transition from being n ex-Senator and failed presidential candidate into a movie producer in five minutes.  Or even two years.

Greg Kinnear deserves a lot of credit for shouldering all the parts of the film that could have been saccharine and keeping it real.  It shows how much a great actor can bring and why they are worth the money that Christians tend to never want to pay for them.  But why would you hire real actors when you can be a pastor, producer, writer, and star, right Christian folks (we all know who you are) who keep making lame movies?

3)  You Don't Have to Be Christian to Get This - Again, I remember watching a rather bad film that came out of the sub-culture a few years ago.  It was about the sons of two pastors - one white and one black.  When the movie strayed into the weird inner-workings of non-denominational church elders fighting over language style and ministry hiring practices, I remember thinking to myself, "Who ARE these people?"  In the interest of spreading the slop around this isn't just an Evangelical problem.  I've heard people speak of EWTN with the same kind of vaguely piqued, "Do these people realize they are living in a bubble?" wonder.

Heaven is for Real is first and foremost a good tale about a little child who has a vision that ends up shaking a lot of good people out of their complacency and into a more mature depth.  It respects the Aristotelian pyramid of story elements with something interesting happening (plot) to some relatable people (characters) united by universal questions about love and belief (theme),  with some fair to good verbal back and forths (dialogue) in an emotionally controlled progression (tone) with some cool   and even lovely things to see and dream on (spectacle).  I would even say the film deserves some chops for the dialogue, because much of it takes place in a church context, but it still never felt like the film itself was preachy.

I say all this to clarify WHY the various industry trades have mentioned that the movie is not only doing well with the Christian base, but also with mainstream theater-goers who were drawn in because of the provocative title and then gave the movie good ratings afterward.  Christian movies generally suck at the basic elements of story.  They tend to be much more concerned with the purity of the message, generally forcing all the elements to serves theme instead of serving story.  Heaven is for Real has a solid core.


I enjoyed this film and am quite sure that probably forty or fifty million people out there will enjoy it even more than I did.  It made me happy about God and heaven and my fellow humans.  It got me and my husband talking about NDE's and visions and why God prefers to use children as messengers - what we in screenwriter world call "unreliable narrators."  It's not a perfect film, but it's better than many and probably the best that the Christian sub-culture has yet produced.