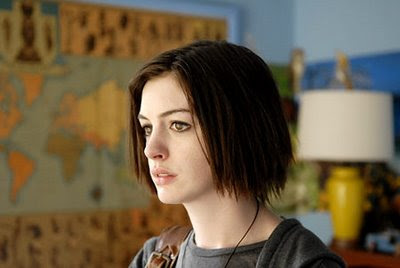 Just so bad. Sooooooooo bad. I think the point here was for Anne Hathaway to prove she has "real" acting chops, by appearing in one of those quirkily brilliant little indie features. Oh well. This movie is not brilliant, and mistakes weirdness for quirkiness. And Hathaway really ends up just being wedged into a wincingly, embarrassing role that only shows she has very bad instincts in scripts. And somebody has to say it, with the year's most god-awful haircut.

I went to see this film because I'm a Debra Winger fan and I was excited to see her on the screen again. But no, what little of her there is in this dreadful piece, is hardly worth the torture of the rest of it.

Bad script. Bad story. Bad dialogue. Cheap production values. Weird and annoyingly romaticized Indian cultural objects, music and wedding rituals. And also weird Jamaican dancers in bikinis and neon colored feathers. Never wanted to see that interspersed with shots of a 12-Step Drug Addicts meeting. And all set in a totally post-Christian liberal fantasy word in which there are no mores and values, except probably for hating Republican people.