I have been seeing a few movies lately, but there really hasn't been anything that has really been worth taking a lot of time to review. Still, for those of you who want to know, here are quick "Barb giving the thumbs down" to some things that are in theaters right now... 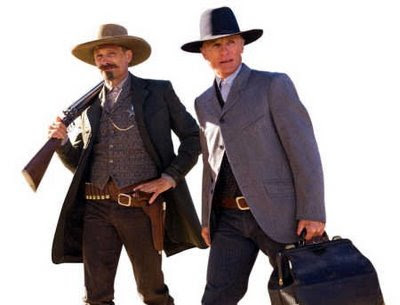 Weaknesses: Everything else. This one of the recent sporadic revisits to the Western genre is what could correctly be called extraordinarily conventional. But that doesn't make it extraordinary.... There are good actor written and directed pieces like The Apostle and Sling Blade which allow talented actors to go somewhere in character dramas that studio executive driven tent poles aren't allowed to go any more. Then, there are bad actor pieces in which one feels like the actors are being self-indulgent and playing dress up, in which they demonstrate the bitter truth of what we shrug about in Hollywood with the words "He's after all, just an actor."

Appaloosa is that latter thing. Nothing really offensive. Just really nothing. And actually painfully embarrassing to watch Jeremy Irons flail around here in search of something to do. 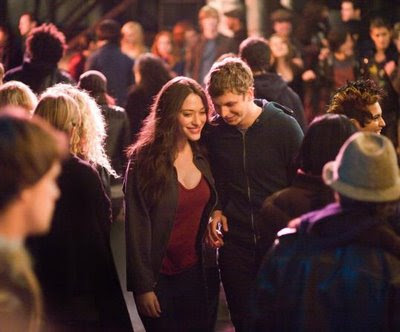 Strengths: Michael Cera. He's playing that guy from Juno again here, but he does it so well that we're not at the point of thinking that maybe that is the only thing he can do.

Weaknesses: Everything else. Kat Dennings has nowhere near the quirky compelling screen presence of Ellen Page in Juno to cast Cera's awkward nice guy into better relief. She doesn't seem much of an actress, and I'm wondering why with the 80 gazillion young ingenues out there she is getting parts.

What else?.... there is no story here. There are no beats, foreshadows, defining character arcs or turning points, visual images or intriguing notions. There is one really, really crass and disgusting device in which several characters unknowingly chew a piece of gum that has been in a vomit-filled Penn Station toilet. An image that has had revoltingly relentless staying power in my brain.

And for maliciously bestowing that on me when in return I had innocently given the filmmakers two hours of my time and fourteen dollars, I full-throatedly and vehemently PAN this piece of teen-pandering crap. 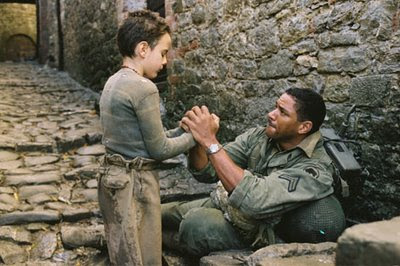 The Miracle at Santa Anna, directed by Spike Lee

Weaknesses: As a piece of cinema this is a complete mess. But worse, it is a reverse-racist, white American male visual lynching that sadly spews only one clear idea: Spike Lee has nothing to say but how much hate he has in his heart. I hope this has been somehow cathartic for him. For us not filled with hate people, it was boring and insulting. I kept sliding out of the story to think about Spike, "poor fellow."

The only miracle in this piece is that it got financed. It has already taken up two hours of my life. I refuse to concede even one more second to the negative that is this film.