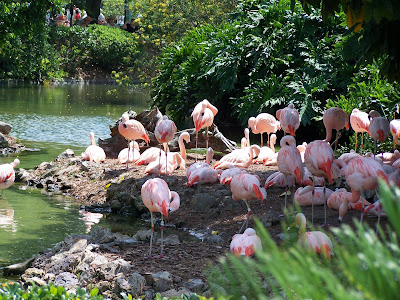 I'm on vacation in Orlando with my sister, nephew and brother-in-law. It's kind of a rebellion for us to be here. My family has only ever gone to one place for vacation: Maine. Specifically, the Belgrade Lakes region of central Maine. My Mom is from Waterville, ME. And it's a lovely place. But after thirty years, my sister and I decided we had fished enough under-sized trout, shivered in enough icy cold waters, and critiqued enough quilts at the Windsor Country Fair, for several lifetimes. So, we decided to pick a vacation that is the categorical opposite of a cabin on Long Lake. Hence, we've been Disneying, Sea Worlding, Universaling, Wet N' Wilding, MGMing, boating, swimming and putt-putt golfing for the last ten days.

And, honestly, I think I'm done. It's been fun watching my eight year old nephew, whose expression every day says more eloquently, "We are a long, long way from eastern Connecticut." Of course, we're all a little insecure about the fact that he seemed to have as much fun splashing around in the free resort pool as he did in the $65 theme parks. It was funny to see in nearly every theme park, around 4pm, parents practically shaking their kids, "You can't be done yet! We have to have more fun! Do you know how much this is costing?!"

Still, it was a great change for all of us, and we are going back to our lives much tanner and replete with yummy seafood and simulated thrills. And I got through six hundred pages of "The Rise of Theodore Roosevelt" - fabulous read. It's been a good time. 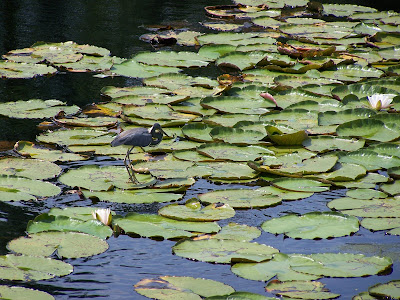 Here was one place that was relatively cheap, and really good "8 year old" bang for the buck. We spent about two hours putt-putt golfing (I came in last....rats.) at Congo River Golf. They had live aligators! 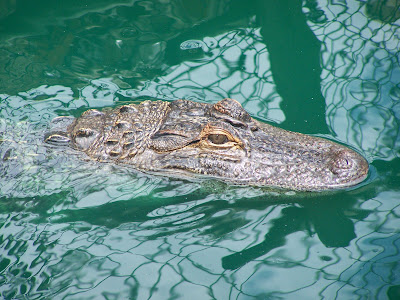 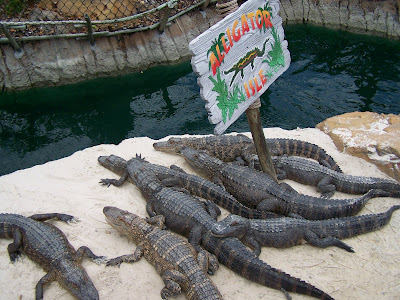 Here are the brave New England tourists fearlessly feeding hotdog chunks to the ferocious beasts (none of whom were more than three feet long...) 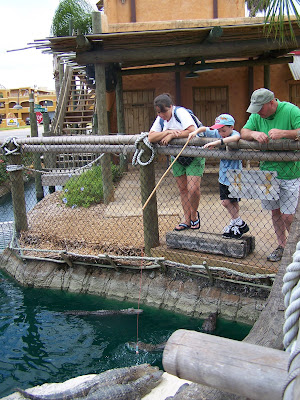 Here's JT at Disney, schmoozing with the great and good Lotte the Bug Lady. (Thanks so much, "Lotte"! You are our hero!) 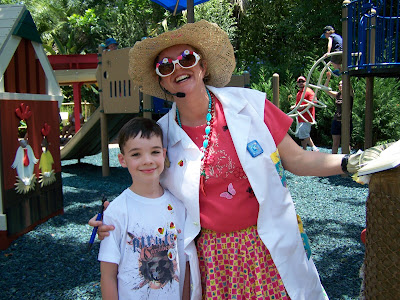 Here's JT and my sister releasing ladybug carcasses into the Disney gardens. Um, there were a few still crawling around, but I think the Overlords at Epcot need to consider turning down the fridge where they store the poor bugs. 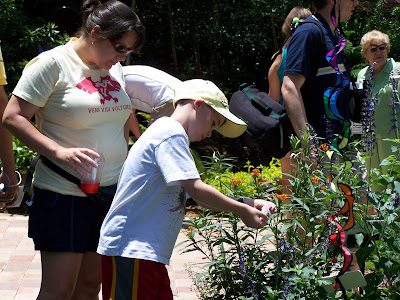 And here are some shots of the teenage Chinese acrobats doing amazing things outside Chinaland in Epcot. I like to call this series of photos, "Why We Never Want to Get in a War with These Folks." 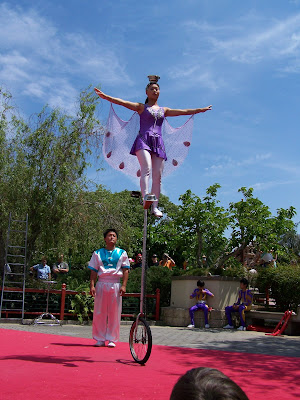 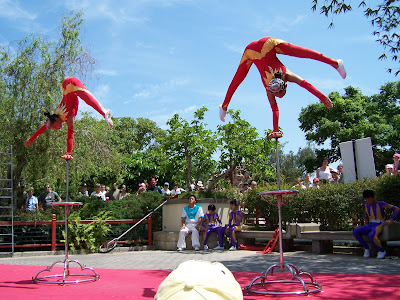 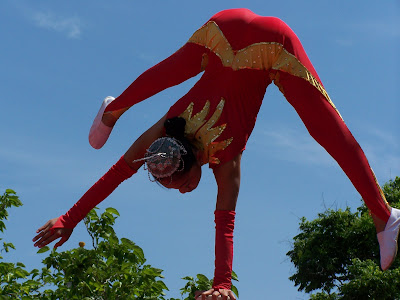 It was Flower Festival Week at Epcot. Breathtaking everywhere you looked. 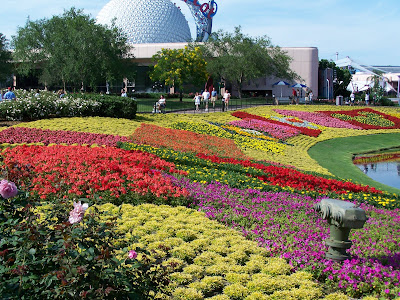 And then Sea World. 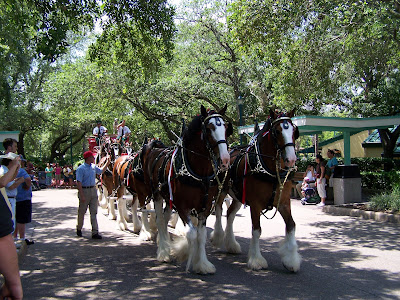 Yeah, I know they are horses. My nephew wanted to know why they are there too. Something about the Busch beer folks owning the theme park. They have to keep them somewhere, right? Besides, free beer samples very quickly reconciled us to the presence of horses at Seaworld. 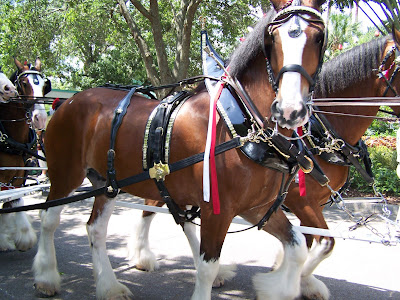 SeaWorld is always my favorite themepark. And the dolphin show this year is, by far, the coolest, most wondrous thing of its kind I have ever seen. There was none of the science talk about mammal characteristics. No talking at all, really. Just a beautiful colorful synergy of music, dolphins, birds, and human divers and swimmers. It's a must see. 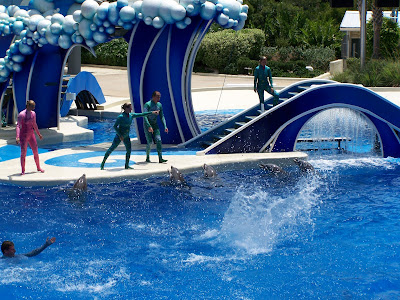 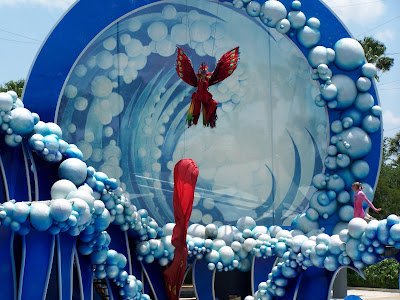 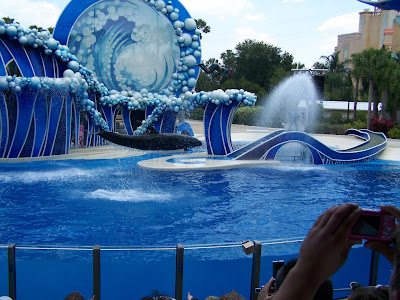